As chairman of Kremandala, and as former president of the United Black Association for Development (UBAD: February 1969 – November 1974) and the Revolitical Action Movement (RAM: October 1969 – January 1970), I extend deep condolences to the family and friends of Fidel Alejandro Castro Ruz, and I express solidarity with the people of Cuba during this time of mourning for the loss of the greatest, most magnificent revolutionary of our lifetime.

Fidel was a man of superb intellect, singular courage, extraordinary strength and stamina, and historic national and international accomplishments. He dedicated his life to fighting the curses of colonialism, imperialism, racism, and the exploitation of human beings by other human beings.

All over the world, people have begun to go over the story of Fidel’s life following the announcement of his death on Friday night, November 25, by his younger brother, Raul Castro, who succeeded him as the leader of the Cuban people in 2008. Elsewhere in this issue of our newspaper, and certainly in the days ahead on planet earth, all of Fidel Castro’s almost incredible deeds will be chronicled for us older folk to remember and for younger generations to be properly educated. Here was a man amongst men.

As Belizeans growing up in the colony of British Honduras, even though Belize was so near to Cuba, we knew very, very little about Fidel’s triumphant revolutionary entry into Havana in January of 1959, the American-financed Bay of Pigs invasion by Cuban exiles in April of 1961, and the frightening Cuban Missile Crisis of October 1962. We young Belizeans, in fact, knew absolutely nothing about the arrest, trial, and imprisonment of the South African anti-apartheid leader, Nelson Mandela, between 1963 and 1964.

My personal education in revolution, and in the righteous struggles of the Cuban people and of the South African people, began in September of 1965 when I entered Dartmouth College in Hanover, New Hampshire. My teacher was an economics student from Malawi (formerly Nyasaland) who was four years older than I. His name was Guy Christopher Zimema Mhone. 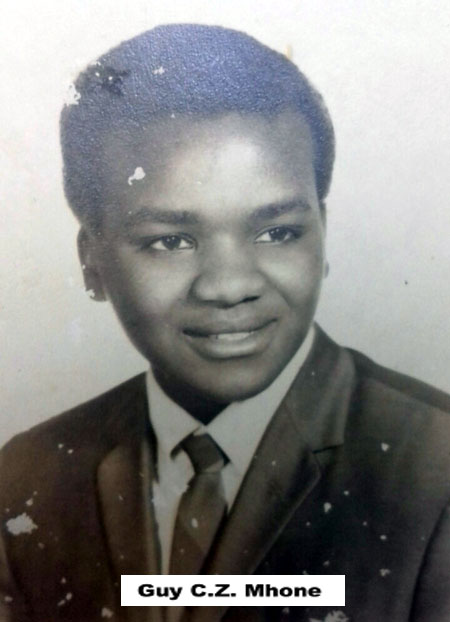 In his native Malawi, Mhone had been a student leader who rebelled against the government of Dr. Hastings Kamuzu Banda, a black African who openly collaborated with the apartheid government of white-ruled South Africa. The story of how friendly American agencies enabled Mhone to escape beating and imprisonment in Malawi and reach Dartmouth, is a story of which I do not know the details.

An Argentine physician by the name of Ernesto “Che” Guevara had fought alongside Fidel, Raul, and other guerrillas in the Sierra Maestra mountains during the Cuban Revolution, but after the jubilant entry into Havana in 1959, the guerrillas then had to form and run a government. After a few years, Guevara found the business of running Cuba to be stifling to his revolutionary impulses, which were international in scope. Che left Cuba with a few volunteers who fought in the ranks of African freedom fighters in the Congo before he focused on the South American nation of Bolivia for a revolutionary initiative. He was killed there in October of 1967.

At the time of Che’s death, Mhone and I had just returned to school for our final year after spending the summer of 1967 in Belize. (Mhone, incidentally, worked in Premier George Price’s Ministry of Finance during that summer.) We would spend many hours arguing about the relative merits of Fidel and Che, myself being a Fidel man, and Mhone arguing that Che was the more important and significant revolutionary.

With Kamuzu Banda remaining firmly in power in June of 1968 when Guy graduated from Dartmouth, he could not return home to Malawi. He remained in the northeastern United States, attending graduate schools where he earned his Master’s and Ph. D. degrees in economics, whereupon he began teaching in America. I’d basically lost track of him by 1980, when Zimbabwe (formerly Rhodesia) achieved independence. Guy may have had a relationship with the Mugabe liberation government of Zimbabwe, because a cousin of mine told me many years later that she had seen him at a Zimbabwe Embassy cocktail party in Washington, D. C., around 1985. 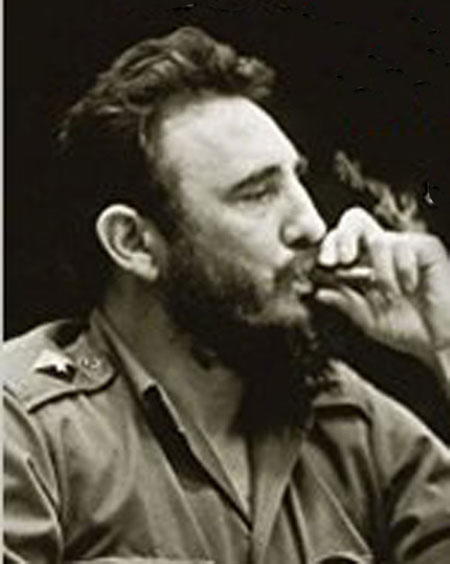 In any case, Fidel Castro and the Cuban people played a major battlefield role during the 1970s and 1980s in the destruction of apartheid and white minority rule in South Africa and Namibia, thus making it possible for black majority rule, the freeing of Nelson Mandela after 27 years in jail, and his election to the presidency in 1993. Finally, after all his years in the wilderness, so to speak, Guy Mhone entered free South Africa. He was teaching economics at the University of the Witwatersrand (commonly known as Wits University) in Johannesburg, South Africa when he died, too soon for sure, in 2005. Mhone is honored by scholars as one of Africa’s finest development economists. Unfortunately, the absolutely heroic contributions of Cuban freedom fighters to the liberation of Southern Africa have still not been, perhaps can never be, properly recognized.

Cuba was a viciously racist society when Fidel took power in 1959. Cuban blacks and browns were being crushed at the bottom of the socio-economic pyramid. It is no accident, Belizeans, that the vast majority of the Castro-hating Cuban exiles in Florida now celebrating Fidel’s death have white faces. Black and brown Cubans have done very well under Cuban communism, although Cuba still experiences problems with race discrimination.

Castro’s Cuba provided a safe haven for many black American revolutionaries during the turbulent 1960s and 1970s, but the problems of airplane hijacking and drug trafficking eventually complicated the regional political landscape to the point where Fidel had to become more cautious in opening Cuba’s doors. There have been a few black American revolutionaries who became unhappy in Cuba, and decided to leave.

In any case, I would say that Fidel Castro, a Cuban of Spanish descent, has been the individual who has done more for the upliftment of African people both in Cuba and on the continent of Africa than anyone else in the twentieth century.

The racist American President-elect, Donald Trump, described Fidel as a “brutal dictator” after his death. Other critics will emphasize that he was an avowed communist, communism being an atheistic philosophy. It is not for me to discuss all the various areas in which Fidel has been attacked by his enemies.

I know this, that insofar as the triple scourges of poverty, ignorance, and disease are concerned, Fidel did more than anyone in Cuba’s history to eliminate them in his island nation. At the same time, he assisted poor populations all over this region and the world in their battles against said scourges. In our region of Central America, the Caribbean, and the Southern states of the United States, black Cubans represent the black population which is better off than any other where education, housing, and health care are concerned. I honor and mourn Fidel Castro, and I salute the Cuban people.

On more than one occasion over the decades, I have told you that there was a period of a few months in 1970, immediately...
Read more
Publisher

When I returned to Belize from school in America in 1968, the drug I was worried about, where possible penetration of Belize was concerned,...
Read more
Publisher

My cousin, Marie-Therese Belisle Nweke, is presently in Wales visiting with one of her daughters, and also checking with her ophthalmologist. Sam Nweke, an Igbo Nigerian,...
Read more
- Advertisment -