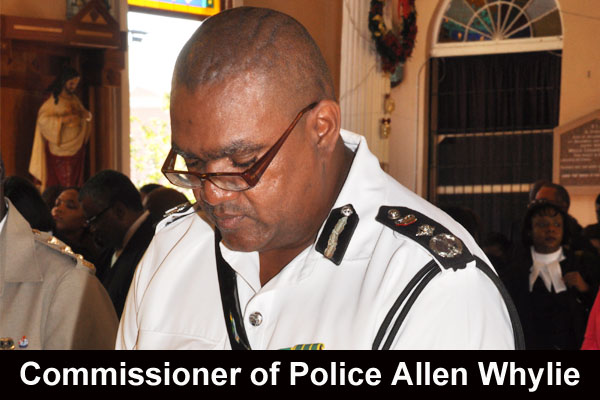 The Opposition People’s United Party (PUP), having failed in its recall effort against the disgraced Cayo North East area representative Hon. Elvin Penner, is now initiating judicial review proceedings in an application that will be filed as early as tomorrow, Tuesday, in the Supreme Court for a writ of mandamus.

Based on instructions Flowers received from the Leader of the Opposition, Hon. Francis Fonseca, Commissioner Whylie had until the end of the business day, today, Monday, February 17, to respond, Flowers said.

Flowers said that the Commissioner has not communicated with him. “Not even a phone call,” he emphasized.

He added: “As we speak, I am going over the paperwork to file the judicial review.”

Today, when Amandala finally managed to speak with Commissioner Whylie, he would only say that he had received Flowers’ letter last Thursday.

But when asked if he would act on the request of the letter, the Commissioner said he was busy in a meeting and “cannot answer questions right now.”

Flowers said that he intends to file the court papers tomorrow, Tuesday, and hopes to move the court for an early hearing on the application.

If the mandamus application is granted, a Supreme Court judge would then instruct the Commissioner of Police to complete the police’s criminal investigation of the former Minister of State with responsibility for Immigration, Elvin Penner.

In the letter sent to the Commissioner of Police, the attorneys from the law firm of Musa and Baldermos chronicled all the public pronouncements government officials made in reference to the so-called “Penner Passport Scandal”, along with an email Penner admitted originated from him.

The letter also highlights sections of the Belize Passport Act, the Belize Nationality Act and the Electronic Evidence Act, all of which, the letter claims, Penner had violated when he signed the nationality document for the imprisoned South Korean Won Hong Kim, who was languishing in a Taiwanese jail.

Under the provision of the Belize Nationality Act at Section 22, “Any person who, for the purpose of procuring anything to be done or not to be done under this Act, makes any statement which he knows to be false in a material particular commits an offense [emphasis ours] and shall, on conviction after summary trial before a magistrate, be liable to imprisonment for a term not exceeding twelve months.”

The letter goes on to say: “It is a condition precedent, as required by section 10 of the Belize Nationality Act, that a person (amongst other things) must have been ordinarily resident in Belize for a period of five years immediately before applying for Belize nationality.”

The letter reports that since Won Hong Kim never set foot in Belize — and this was confirmed by Immigration Minister Godwin Hulse — section 22 of the Belize Nationality Act was contravened in respect of the issuance of Belize Nationality Certificate # 28577 dated April 22, 2013, to South Korean Won Hong Kim.

Penner, according to the letter, is also in violation of Section 3(1) h of the Passport Act, which states: Every person who, in respect of every passport

The penalty for committing an offense under the Passport Act is both a $500 fine and imprisonment for one year.

Penner is also being held liable for the email that he dispatched to the media on September 27, 2013. The letter points out that his email can be used as evidence under the provision of The Electronic Evidence Act, which came into force on January 31, 2003.

With respect to Penner’s email, the letter states: “This is of considerable importance because the email sent by Penner to the various media outlets is admissible evidence in court proceedings. And more importantly, it is evidence provided by Penner against himself with respect to his role in the issuance of the passport to Won Hong Kim.”