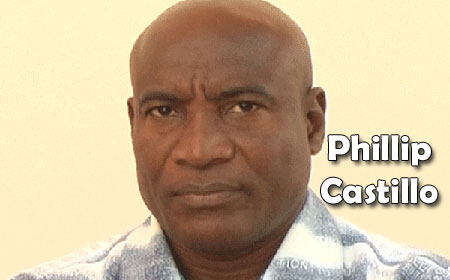 BELIZE CITY, Tues., Dec. 15, 2015–An ad hoc committee representing approximately 600 public servants, most of whom are retired, has filed a claim in court in a bid to get their share of money that had been allotted by the Belize Telecommunications Limited to the Public Sector Workers Trust. The trust was designated as the entity to receive those dividends after 794,732 shares in the telecommunications company were issued to the Public Service Union and the Belize National Teachers Union as an effort to compensate for a freeze in annual increments for public servants.

The increments (an annual pay raise granted after an appraisal) had been frozen during the period 1995-1997 by the Government of Belize under then Prime Minister Manuel Esquivel.

Those public servants who were affected by the freeze are now trying to access their portion of a total sum of $3.6 million dollars, which had been held in a government savings account, but which was transferred to the trustees of the Public Sector Workers’ Trust following an announcement in July of 2014 that the government would be compensating public servants who did not receive their increments as a result of the freeze.

A press release from the Ministry of Finance, dated July 23, 2014, had indeed been sent out, acknowledging that these public officers’ increments were frozen for the said period. The release went on to say that the Government of Belize gave these affected public servants – a group reportedly numbering about 10,000 – 794,732 BTL shares. The release pointed out that over the years, the shares have earned dividends and these dividends were kept in a separate savings account of the government.

The dividends earned remained in that savings account, pending the establishment by the union of a trust, the Public Sector Workers Trust, which was established in 2013, Dr. Phillip Castillo, one of the trustees (along with Raymond Davis, Nadia Caliz, and Enrique Iglesias), said.

Castillo told Amandala, “The trust itself was set up for the benefit of public servants, teachers and their families.”

Dr. Castillo added that circular #9 is evidence that the public officers did get paid for the years 1995 to 1997, in which their increments were frozen.

Circular #9 from the Ministry of Finance states, “Government has approved a new wage adjustment and compensation package covering the period 1994/95 to 1998/99. This package replaces all earlier proposals, including the offer of bonds, and is intended to address the issues of compensation and restoration of the suspended salary increase.”

Castillo said, “In addition to paying the increments, Government made an offer of 480,000 shares to the union and the proceeds were to be used to fund various projects for the benefit of the public servants and teachers.”

He stated that there is a discrepancy between the original shares of 480,000 granted to the public servants and the number of shares stated on the press release, which is 794,732 shares, because there were some years BTL didn’t pay dividends and as a result, additional shares were accumulated.

According to Dr. Castillo, however, the trustees, instead of releasing the funds to the public servants, are offering them loans to fund various projects. He added that, in one particular project, the trustees are undertaking to see how they can render assistance to retired public servants who use the health service system, specifically, the Karl Heusner Memorial Hospital.

The Ministry of Finance release did confirm that the money is to be used, “for the purpose of funding various projects for the beneficiaries,” but did not state that it was to be a loan.

Castillo, in explaining their decision to offer loans to public servants instead of just distributing the funds, said that the only monies that come into the trust are from the BTL dividends (this year’s dividends were $182,000), and noted, “We need an additional source of income, in the years that BTL doesn’t provide dividends.”

According to the government’s press release, however, “All public officers…. whose increments were frozen during the period 1995 to 1997, may contact the Trustees for further information about the benefits payable to them.”

Dr. Castillo said that the trustees are challenging the last sentence of the press release and have written the Prime Minister to have a meeting for him to be able to clarify this statement.

Sheila Genitty, chairperson for the ad hoc committee representing the public servants, emphasized that she isn’t in need of a loan for any project; she just wants her money. Genitty said that several meetings took place between those who were assigned as trustees of the trust, and the public officers affected. In the meetings, which were held earlier this year, they were told that the value of the trust for the public officers was 480,000 B ordinary shares in BTL, valued at $3.6 million, which, today, is worth $9.2 million, Genitty explained.

At one of the meetings, they were informed by the trustees’ attorney, Cynthia Pitts, that they would need to put in writing their claims from the trust, Genitty recalled. Subsequently, that was worked out and sent to the attorney, who took a while to respond to their request, and when she finally responded, she informed them that they needed to take up the matter with the Government of Belize.

Dr. Castillo said that the public officers were given promissory notes as part-payment for their increments that had been frozen. Genitty, for her part, disagreed, saying that the promissory notes payments had nothing to do with the period of 1995 to 1997.

Patricia Bennett, the secretary of the ad hoc group, said that the freezing of their increments stopped their salaries from increasing for that time period, which resulted in their pensions being less than it should have been.

Bennett added, “We think that it is unreasonable not to provide the bona fide beneficiaries with the money that is rightfully theirs.”

Genitty said that the committee had on their list, public servants who have since died, and they were told by the trustees that if a beneficiary died, the prospect of getting that person’s share of the money ended at that person’s death, and their next of kin would not be entitled to it.

Genitty said that they are willing to negotiate with the trustees and they would understand if the trustees are unable to pay them in full, but the trustees need to meet with them to decide how these public officers will benefit from a trust that was set up for them.

Darrell Gardiner, the treasurer of the committee, said, “We feel that the time has come to look to the courts to make a decision.”

Castillo said that he is aware that the retired public servants intend to take court action against them, but he is holding out hope for an “amicable solution.”

Amandala made efforts to reach Joseph Waight, Financial Secretary for the Ministry of Finance, who had signed the circular, but was unable to contact him.