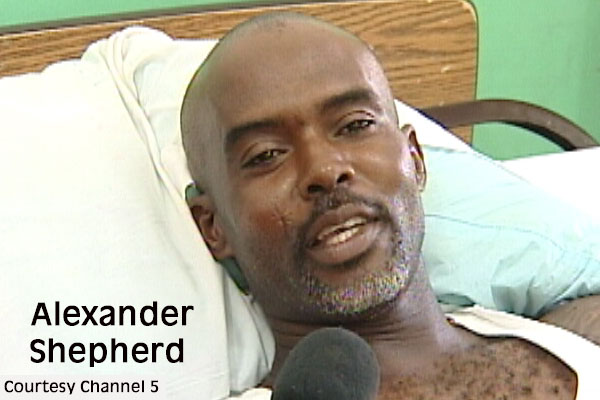 A life was lost and two persons suffered massive injuries in three separate traffic collisions that occurred in Belmopan, Blue Creek in Orange Walk, and on the George Price Highway respectively.

Jacob Niekoleis, Jr., 18, died after he slammed into a fence when he lost control of his motorcycle.

Police said that about 3:00 Tuesday afternoon, Niekoleis, Jr., suffered massive head injuries and an injury to his ribs as a result of the accident. He was rushed to the Blue Creek Village Clinic, after which he was taken by air ambulance to the Karl Heusner Memorial Hospital for further treatment. However, at about 8:15 that same Tuesday night, he died due to the injuries.

In another incident, Alexander Shepherd, 49, was injured in the leg and hand after he was knocked down by a truck in a hit-and-run-collision while riding his bicycle on the George Price Highway.

About 4:30 Tuesday morning, Shepherd, of Camalote, Cayo District, and his son, 11, were exercising on their bicycles on the roadside between Miles 42 and 43 on the George Price Highway, and were heading in the direction of Hattieville, from Belmopan, when a truck that was travelling in the same direction knocked him down from behind, and did not stop.

Police have since found the truck, which is a water truck, and the driver was detained. No charges have been levied as yet.

Shepherd said that his foot is damaged badly and he may not be able to ride again for about five months, but luckily, his son was not hit and has returned to school.

Shepherd reported that it took about 45 minutes before a man stopped for him and took him to the Belmopan Hospital. He said that he went out on the road, but vehicles just passed by, but no one stopped to help him, even though they saw that he was injured.

In an interview with Plus TV, police said that they found a truck matching the description of the truck that hit Shepherd abandoned in St Matthews. When it was checked, flesh was seen on the truck, and the headlight was broken.

In a third incident, Luciano Vanegas, 25, of Belmopan, who was travelling on a motorcycle, collided with a vehicle on the Hummingbird Highway, and he suffered head and body injuries. He has been admitted to the Western Regional Hospital, where he is recovering.

According to Vanegas, he was travelling on his motorcycle toward the Belmopan junction when he slammed into the driver’s side of an SUV that was driving out of Gallardo Glass Shop onto the highway. As a result, the motorcycle fell and slid under the vehicle, causing Vanegas to suffer the injuries.