“Rod of Correction” formed to “lash” an uncaring administration 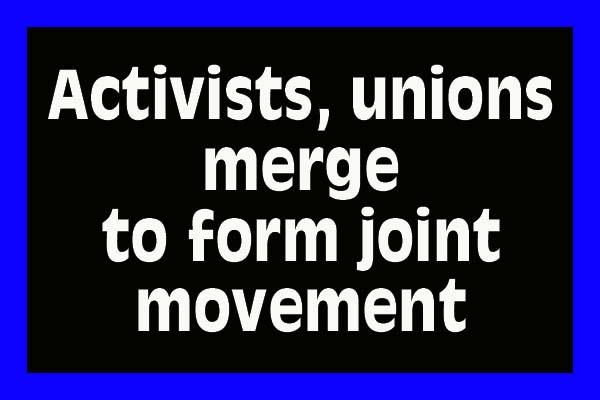 In what has been described as a historic moment for present-day Belize, a merger of trade unions, civil society organizations and activist groups teamed up to create a new movement known as the “Rod of Correction” (ROC) – geared towards fighting the current United Democratic Party (UDP) administration, which has been perceived by the factions as being out of touch with the Belizean people, and contemptuous of their needs.

The ROC was launched today at the office of the Belize National Teachers’ Union (BNTU) in Belize City, but was preceded by a solemn joint bulletin which was published last Friday, May 30, proclaiming that “Cabinet seems to have reached a new height of arrogance, or believed to have taken on supreme and demonic powers like unto demagogues.”

That bulletin – which headlined “Let freedom…ring…Our democracy on edge”, highlights six major issues that are points of contention for the group, and today, NTUCB President, Dylan Reneau shared these points of contention and explained why the organizations linked to unite and form an alliance to ensure that their voices are heeded on the various hot-button national issues with high stakes for the country.

He stated, “Land rights – SATIIM, BGYEA; we have the health issue – [the] Pharmacists Association, Nurses’ Association; we have the governance issue – COLA, the issue of Penner and all the other governance issues; the issue of democracy, having our system work for the benefit of the people. And so, those issues have brought us together [and], the truth is that each of these organizations has been trying to address their issues with little to no success and so we’ve recognized the power of numbers and the power of unity,” Reneau said.

Friday’s release closed patriotically by reiterating the famous words of National Hero Philip Goldson, which were, “The time to save our country is before you lose it.”

That release was drafted by three unions, namely the BNTU, Public Service Union (PSU) and the Association of Public Service Senior Managers (APSSM), and the movement comes into effect two years into the second term of UDP Prime Minister Dean Barrow, who is now viewed by many as having lost touch with the people.

The bulletin was also shared with over 30 activists and union leaders, from Citizens Organized for Liberty through Action (COLA), the Belize Grassroots Youth Empowerment Association (BGYEA), and member unions of the National Trade Union Congress of Belize (NTUCB), as well as other entities like the Sarstoon Temash Institute for Indigenous Management (SATIIM), who all met and decided on a way forward today.

The ROC intends to reach out to more organizations, including the Belize Chamber of Commerce and Industry (BCCI), to build its collective power.

One of the first statements to be made by the ROC will be a show of presence at the “Plant di Corn Rally” to be held by BGYEA this Saturday.

The mobilization for that has already begun, and Reneau, in his interview today, made the first call to the membership of the umbrella union, NTUCB, to come out on Saturday to the Battlefield Park in Belize City between 9 a.m. and 1 p.m. to support the rally.