Home Features It is the sacred duty of the Government of Belize to protect...
Features 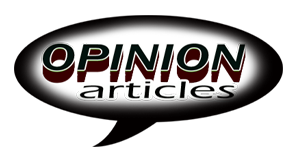 The United States (USA) had promised support to Guatemala in exchange for the use of its territory to facilitate the 1961 invasion of Cuba (Bay of Pigs). This ended in failure. General Ydigoras Fuentes, the then president of Guatemala, said he had allowed the C.I.A. to train the Cubans because the Eisenhower Administration had pledged to take a friendlier attitude toward his government and to increase the United States’ import quota on Guatemalan sugar. He said Washington had also promised to put pressure on the British government to discuss Guatemala’s claim to British Honduras. At the request of Britain, US president Lyndon Johnson appointed Bethuel Webster to mediate the Anglo-Guatemalan dispute.  So the infamous Webster Proposals in 1968 came at a good time for the United States in its effort to help Guatemala.

However, the Webster Proposals were classified by Belizeans as inconvenient to Belize and treasonous and were rejected by Belize.  We need to be reminded that the United States was one of the last countries to vote at the United Nations in favour of Belize’s independence with all its territory intact.  In addition, US investment in Guatemala is so extensive that it outweighs any factors that could possibly sway the US to support Belize. They will always support Guatemala.

My opinion is that the US would like Belize to be incorporated into Guatemala. Lately, the US has been providing finance to construct security structures in Belize — in particular the Coast Guard’s headquarters, and hired a Guatemalan firm with Guatemalan workers without working permits to build our intelligence and security buildings in Belize. Something was absolutely wrong here! Indeed Belize does not have many friends to protect it, because its government is asleep. GOB IS ASLEEP and is dealing with this very delicate and important issue with ineptitude!

Then in 1902 a minor but important event took place that illustrated that both parties acknowledged and respected the existence of the BOUNDARY between British Honduras and Guatemala.  The Guatemalan Army General in the Peten region requested permission to traverse into the colony of British Honduras, now Belize, to re-enter into Guatemala at a point north of Garbutt Falls. Permission was DENIED. This means that Belize was undoubtedly British territory. As a matter of fact Belize became a crown colony as of 1862 under a Lieutenant Governor reporting to the British Governor in Jamaica. Now if Guatemala decides to repudiate what they had signed and agreed upon later, it is because they don’t live up to their word and thus cannot be trusted. Guatemala is nothing else but a BULLY.

As a consequence, why does Belize have to accept an “Adjacency Zone,” or worse, an “Artificial Border”, when Guatemala had agreed on, and accepted, our borders as it is today on two different occasions, in 1859 and 1931, when the agreement was formalized and finalized via an exchange of notes by both the Government of the United Kingdom and the Republic of Guatemala. Borders had been established from the Rio Hondo to the Sarstoon River including Sarstoon Island.

This is what Guatemala declared categorically in its exchange of notes: “The Government of Guatemala agrees to accept the concrete monuments erected at Garbutt Falls and the Rapids of Gracias A Dios” and “These monuments, thus determined, form part of the boundary line between British Honduras and the Republic of Guatemala.” The latter notes were sent to the League of Nations to have it registered. It is very important to note that the United Kingdom registered the exchange of notes as a treaty under the Covenant of the League of Nations, which made the agreement binding.

In 1981 Belize became independent, with the approval of the United Nations, with all its territory intact as it is today. So Guatemala has absolutely no rights over Belize. Guatemala later accepted Belize’s independence, with all its territory as it is today. They even established an embassy in Belize. A country has an embassy only in another country, never in its own country. Belize is another country and not part of Guatemala, as they claim. Guatemala accepted that, so don’t let Guatemala or anyone else tell us otherwise.

Yet, I don’t blame the US; they are looking at their convenience and interests, as they should. I blame the Belize Government for this absurd and unthinkable ERROR. It is the sacred duty of our government to protect our sovereignty, interests, border, country and people. The treason is by our very own government. Open your eyes, Belizeans. Say NO to Guatemala and NO to the ICJ!!!