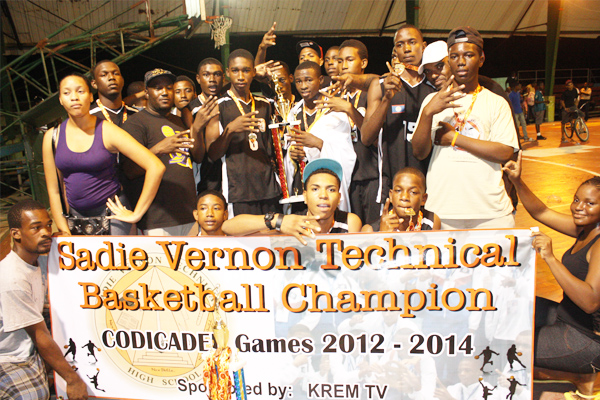 The game was close throughout, with the first half ending 26-25 in favor of Sadie Vernon. Gwen Liz was led by their versatile forward, Aleem Richardson. He finished with a game high 20 points, but Sadie Vernon’s Big Three proved too much for the much taller Gwen Liz team.

Lincey Lopez, who finished with 17 points, was ably assisted by Jamal Augustine who dropped 15 points and Jay “Bobby G” Palacio, who added 12 points.

Gwen Liz had won Game 1 last Thursday by 2 points, but Sadie Vernon rebounded in Game 2 the following night to win by nearly 20 points.

Tonight, they were the more poised team down the stretch. They had been here before. Sadie Vernon lost two games all of this season – their only two losses of the last three seasons. Not since the Kremandala Raiders of the 1990s have we seen this kind of basketball dominance.

Congratulations are in order to Sadie Vernon High. Respect due!