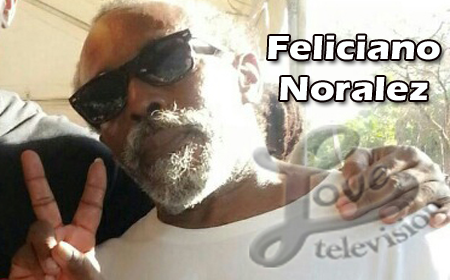 BELMOPAN, Wed. Feb. 4, 2015–A security guard who was on duty at the office of the company for which he worked, Anchor Security Company, on Entrepreneur Road in Belmopan, was hacked to death sometime between 2:30 and 4:00 yesterday morning.

Feliciano Noralez, 60, of #9 Xunantunich Street, Belmopan, was found dead on the floor of the company’s office at about 4:00 yesterday morning by a fellow worker of his. He was lying in pools of blood, and there were chop wounds in his head and face, as well as multiple chop injuries to his upper body. It has been reported that his right hand had also been severed.

He was taken to the Belmopan Hospital, where he was declared dead on arrival.

His killer or killers stole his gun, a Smart phone and some money

Police have detained one man and are seeking a second person, who is known to them, in connection with the murder.

Police reports are that at about 5:00 yesterday morning, Tuesday, they responded to a report and went to the office of the Anchor Security Company, and on the upper flat of the two-flat building which houses the headquarters of Anchor Security Company, they found the body of a man of dark complexion lying face down on the floor, with chop wounds across the face and multiple chop wounds to the head and arms.

He was identified as Feliciano Richard Noralez, a.k.a. “Mr. Mac.”

Police’s initial investigation revealed that Noralez reported for duty at 6:00 Monday evening, to work until 6:00 Tuesday morning, and he was posted at the company’s office along with his supervisor, Mark Munnings.

At about 2:30 Tuesday morning, Munnings reportedly left the office to carry out security duties, which included visiting various security posts, leaving Noralez alone at the office.

Munnings reported that he returned to the office at about 4:00 that same morning, and on entering the office, he met the horrible scene of Noralez’s cruel death.

Police said that missing from Noralez was his service-issued 9mm pistol loaded with (8) 9mm live rounds of ammunition valued at $2,600.00, (1) Verizon Samsung Smart phone with #670-3063, and an undisclosed amount of money.

Superintendent Howell Gillett, Commander of Belmopan police, said that they are investigating two possible motives for the brutal and senseless murder of the security guard. One possibility, they say, is that the murder was part of an armed robbery of the office. A second possibility is that a disgruntled employee wanted to send a message to the company.

Interestingly enough, reports indicate that the supply of weapons that were kept at the office, where the murder occurred, was left untouched.

Police’s investigation led to a man who is a past employee of the company, whom they detained. They say that they are looking for a second man. It has been reported that some of the items which were stolen from Noralez were recovered, including his cell phone, which might be a source of evidence in the criminal case that police are putting together.

In an interview with Amandala, Gary Gentle, the manager of Anchor Security, said that Noralez had a pleasant temperament, and was a very reliable worker and a go-to person. He was always willing to work, and was always on time, he said.

Amandala asked Gentle whether Noralez had complained of threats to his life, or if he was apprehensive when he reported to work Monday evening.

Gentle replied that Noralez had not reported any threats to his life. They are still at a loss for a reason why anyone would want to kill him, because he was not a violent person and did not trouble others.

Wilfred Peters, Jr., Noralez’s fellow worker, told Amandala that Noralez did not “mess around” and primarily went just from home to work, and back. He also cannot imagine a reason for his cruel death.

Noralez, who had about 15 children, was also the father of an infant who is only a few weeks old, and his girlfriend is calling on police to find his killer or killers, and punish them to the full extent of the law.