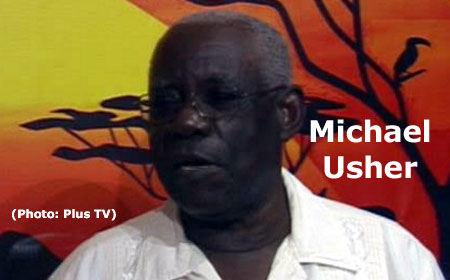 BELIZE CITY, Wed. Nov. 23, 2016–The plight of struggling men in Belize does not receive enough attention, and this was evident when International Men’s Day, which was celebrated on November 19 this year under the theme, “Stop Male Suicide”, went under the radar, despite the pressing issue that it raised. In Belize, almost 9 in 10 suicide victims for the year 2015 was a male. Similarly, of the suicides reported in the news this year, virtually all were males, and notably in their productive years.

Of the 25 people who committed suicide

Suicide attempts are substantially more frequent. Whereas there were 25 suicides reported in 2015—up from 17 in 2014—there were 66 attempts that same year, up from 62 reported during the previous year. However, the gender pattern is reversed, as two in three of those persons who attempt suicide but receive medical intervention are females.

At roughly 8 males to 1 female, the high male-to-female suicide ratio in Belize is well above the global average, based on the data provided below:

“In every country bar China where it is approximately equal, the suicide rate is worse for men than women, and averaged out on a country-by-country basis, the rate of suicide for men is up to three times that of women. In Russia it is 6 men for every 1 women,” said organizers, Dads4Kids Fatherhood Foundation, an Australian Harm Prevention Charity, which have partnered with International Men’s Day Founder, Dr Jerome Teelucksingh, a Trinidadian, to internationalize the cause.

Although suicide is not always reported in the news, there are cases which are reported either because the person involved is a public figure, because the incident happened in a public place, or because of the added grief of knowing that the victim had not even started living life, so to speak.

Eleanor Bennett, Nursing Administrator for Mental Health and Coordinator of the Ministry of Health’s Mental Health Program, provided us with the official information for this report upon our request.

She said that the general trend over the years is that, for every female who commits suicide, there are 2 to 3 males who commit suicide, but she pointed out that the ratio was much higher in 2015.

She said that one of the major reasons why men die more often than women is that the means they use are more lethal: gunshots or hanging, as opposed to wrist-slitting or poisoning with pills or pesticides. The use of more lethal means by men means that there is rarely a chance for anyone to intervene to save them.

However, she also noted that more women are hanging themselves than in the past. Such was the case with a teenaged girl who reportedly hanged herself in January this year.

Suicide victims have at times included persons held in police detention—attracting a level of suspicion from family members—and one case reported this year involved an on-duty officer who reportedly ended his life with a gun. Around the same time, another cop attempted suicide. One of the male suicide victims for 2016 was an 11-year-old boy of Orange Walk whose family problems were seemingly too much for him to bear.

Nurse Bennett explained that what we know about men is that alcohol abuse is often involved; men self-medicate a lot, and sometimes, people act when they are under the influence of alcohol, which they use because of depression. There are also certain immigrant communities where suicide cases tend to crop up, she explained.

The good news is, suicide can be prevented with proper intervention. One of the signs that a person may be contemplating suicide is depression, and this may present itself in the form of a drinking habit in males. The best time to prevent suicide is when a person starts thinking about it.

Michael Ashton Usher, 78, a lay pastor living in Belmopan, spoke with us about his personal experience. He told us that it was at the point when he was thinking of suicide that he sought help. Alcoholism not only drove him to the brink then; it also continues to adversely affect his health today—although he has quit. Usher told us that drinking led to his diabetes. He shared his story with us in the hope that others—especially struggling males—can be motivated to find renewed joy in living.

Usher recounted that in his younger days, he was a track star and basketball star. He worked in the insurance field, and also worked with the Jesuits. He told us that he taught for a while in Orange Walk, at Trinidad School, but realized that teaching was not for him. He was a reporter at The Belize Times, and then he held a Government job at the Audit Department. He later managed the Reconstruction and Development Corporation (RECONDEV). He also did a stint as a councilor for the People’s United Party at the Belize City Council after winning a seat in the 1971 elections.

Usher retired and went into the catering business, which he continued for 16 years, but ran into problems because he was partying and drinking and eventually found himself digging into his profits to pay his tabs—which got him into trouble with his creditors. This, he said, sent him into a state of serious depression, so much so that he could not sleep at night.

“Mental illness is an illness like any other illness, such as a heart problem, arthritis… You need to go and see the doctor,” Usher shared, pointing to the feelings of shame with which people with mental illness often struggle.

He was in a vicious cycle, finding himself needing to take a drink to relax himself, but this was just making it worse, Usher shared. His problems persisted for three to four months.

He turned to his pastor for counsel, which he told us was very helpful. One night, he was listening to a Franciscan pastor on television, EWTN, who was giving a reflection, in which he repeated the words of the Messiah: “I am the Way, the Truth, and the Light…”

Usher said that the Almighty was talking to him. He saw another pastor who talked with him and also urged him to go to the doctor, as the Almighty works through human beings, and he gives doctors intelligence and knowledge to help others.

“I remembered that there was this clinic at Yarborough, so I decided I would go. I did not care what anybody said…” Usher recalled.

There he met Nurse Bennett, the psychiatric nurse. “She was so pleasant and nice to me,” he recalled.

The nurse gave medication for him to take. Usher said that he was told that it would take months for him to undergo treatment, but after a week of medication and prayer, he felt well and started to experience a turn-around in his life.

Although he never attempted suicide, it was the thought of it that impelled him to seek help. Indeed, as the quote from Seneca says, that took a great deal of courage. Usher said that he has been through a lot, and his life was spared for a reason. Today, he offers his time in service at HelpAge and the Belmopan Diabetes Association. He said that if he lives another 50 years, he will spend it serving others.

“We are our brothers’ keepers, pray for them and encourage them to go and see the doctor,” he urged.

“We have been given special gifts which should be used to make this country a little bit better than we found it,” he said.

Usher, who has migrated from Belize City to Belmopan, said that one day, he was riding his bicycle when he felt too fatigued to continue riding. He sat on the grass under a tree and it was as if somebody was talking to him, he said, telling him that he got to the point that he did because of liquor and cigarettes; he said that he prayed right then and there and he has not smoked another cigarette or taken another drink of liquor since.

“I am saying to all you drunkards out there: ‘Cool down man!’” Usher appealed.

He said that alcohol brings many complications and consequences, from road accidents to contracting HIV.

“I went to a dance one time, picked up a partner who looked like an angel to me, and the next day when I saw the person, she was three times my age,” Usher recollected.

He said that two things will help in recovery from depression and alcoholism: read the Scriptures and get medical help.

“We kneel and pray but we have to get off our knees too; we have to take action. There is help for all the alcoholics in Belize,” Usher said.

Nurse Bennett said that there are adequately staffed mental health clinics at the Port Loyola Health Center and Cleopatra White Polyclinic in Belize City, as well as the public hospitals in the districts. They see persons who need intervention for depression, suicide, alcohol problems, and other mental health issues. Trained personnel provide counseling to help with the intervention.

The Ministry of Health announced earlier this year that it wants to launch the national suicide prevention plan in 2017.