Home Uncategorized “Take care of yourself, and my birth paper …I’m going to die!”
Uncategorized

“Take care of yourself, and my birth paper …I’m going to die!” 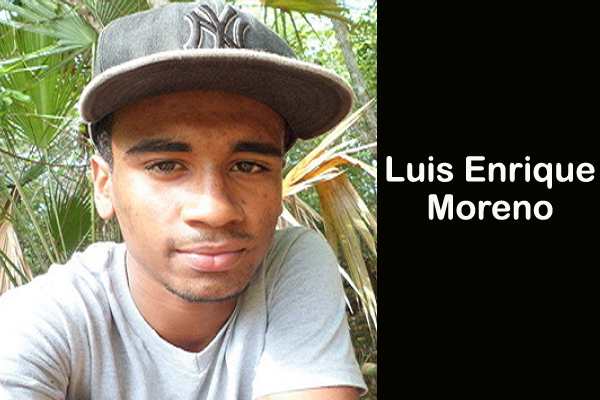 The worst nightmare of a mother, who was praying for the safe return of her son after he had been missing for 13 days, became a cold reality today.

The decomposed body of Luis Enrique Moreno, 22, of Santa Familia Street, Orange Walk Town, was recovered this morning at about 7:30 at the area of the Richman Hill Farm in Shipyard, Orange Walk, after he was reported missing by his mother, Marcela Moreno, since the morning of Wednesday, February 5.

Moreno’s skeletal remains were found under a cohune tree on a farm called Rancho Lalo, about 400 meters inward, from Mile 2 ½ on the Guinea Grass Road.

Marcela Moreno went to the site and identified the body as that of her son. Moreno told Amandala that she recognized her son from the boxers and sweater he was wearing when he left home on the morning of Wednesday, February 5.

Moreno was found by the caretaker of the farm, who was in the area looking for cows that were reported missing. The stench of decaying flesh led him to the body that was in an advanced state of decomposition. Police secured the area and this afternoon, Dr. Mario Estradabran, the Police Coroner, conducted an onsite autopsy on the decomposed corpse. At the conclusion, the doctor said that Moreno suffered a violent death, but that further studies would have to be made, because he could not say what weapon was used to kill him.

At about 7:30 tonight, the shocked mother had the terrible task of burying her son immediately. She said that a wake will be held for him tonight at her residence.

Marcela Moreno told Amandala that she, Enrique and her daughter were at home on the morning of Wednesday, February 5, when he gave her his birth paper and told her to take care of herself and his birth paper, that she may never see him again, and that he was going to die.

Marcela said she told him that he was not to talk like that, not even in jest. He replied that she need not worry about him, because he was going to die, that she would never see him again. He then took a bath, ate and left the house, but before leaving, he again told her to take care of herself and his birth paper, and he left, and that was the last time she saw him.

She was scared for him, because he had never stayed away from home for more than two days – and such cases would occur only when he was in police lockdown. Otherwise, he would hang out with friends.

She began to fear that something happened to him, especially after 13 days had passed and she still had not heard from him, and his whereabouts were unknown.

She is at a loss for a reason why her son was killed, but said she loved him and will miss him.