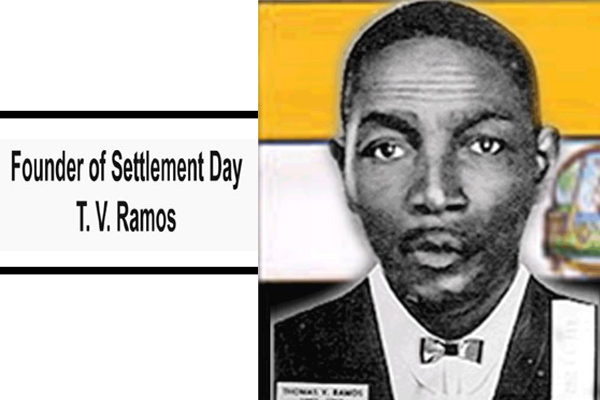 They are paying tribute to the founder of Garifuna Settlement Day in Belize — a celebration whose significance has spilled over the country’s borders.

This recognition and honor of a Garifuna icon in the US is the third such among US governors, state legislators and mayors. In 2009, former Houston Mayor Bill White proclaimed December 2nd as Andy Palacio Day; in March 2013, a petition in the Texas Legislature was introduced by Texas State Senator Rodney Ellis and was passed to declare March 14 as Chief Joseph Chatoyer Day in Texas and in September, the state of Illinois has followed.

“This is very good,” said Josalee Velasquez on the Garifuna Times Facebook page, “a milestone in proclaiming our stand… So proud to be Garifuna in Chicago.”

Born in Puerto Cortés, Honduras, on September 17, 1887, Thomas Vincent Ramos moved to Belize in 1923 and became a school teacher. In addition, he founded community organizations to provide assistance to the local population including the Carib Development and Sick Aid Society, and later the Carib International Society, with affiliation in Guatemala and Honduras.

The Thomas Vincent Ramos legacy lives on, as he is remembered as the Garifuna leader who petitioned the British government in 1942 to commemorate the Garifuna arrival to Belize as a public and bank holiday.

Garinagu in the United States have continued TV Ramos’ legacy by petitioning and advocating local governments at the city, state and federal levels for a national recognition of Garifuna Settlement, Education and Awareness Month from November 12 to December 12.

“Today, Garifuna Settlement is a thread that not only unites Garifuna in America but an important tool for our identity”, said Jerry Castro-Cayetano from Houston TX.

Mr. Castro-Cayetano has been leading efforts to lobby the city, state and United States Congress for national Garifuna recognition.

“It’s important for our community to celebrate the masterpieces of our ancestors, like TV Ramos, Chief Joseph Chatoyer, Marcos Sanchez Diaz and all of the men and women who made tremendous contributions for our presence today,” said Mr. Castro-Cayetano.