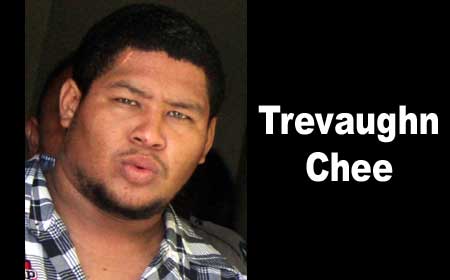 According to police reports, Chee was walking on Mahogany Street Extension when he was approached by a man, with whom he became involved in an argument. Chee began to walk away, and that was when the man hit him with a bat multiple times, including in the head, causing him to fall.

When police arrived on the scene, they found Chee lying unconscious on the road. He was rushed to the Karl Heusner Memorial Hospital, where doctors tried to save him, but he succumbed to his injuries at about 3:30 Sunday morning.

Information to us is that the motive for the attack on Chee was revenge, because he had beaten a man who had allegedly disrespected him at a party. After that incident, he began to receive threats that he would be killed.

Chee was a student at the Institute of Technical and Vocational and Educational Training (ITVET) on Freetown Road, Belize City. One of his teachers told us that he was a confident young man, very easy to get along with, and very respectful of the institution’s rules.

Police said this afternoon that a 17-year old youth has been arrested and charged for Chee’s death. He is expected to be arraigned at the Belize City Magistrate’s Court tomorrow for Chee’s murder, after the case file is returned from the DPP’s office.