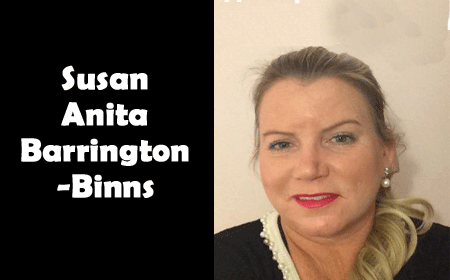 BELIZE CITY, Mon. Apr. 10, 2017–News has surfaced out of the UK that Susan Anita Barrington-Binns, a woman who is said to have lived and worked in Belize and who also operated Barrington Legal in West Yorkshire, England, is facing a 12-month suspension arising from a money laundering probe which involved the transfer of roughly £1.3 million (or about US$1.6 million) to Belize Bank International, an offshore bank in Belize, allegedly without proper due diligence to establish that the funds were legitimately obtained.

“The respondent had genuine links to Belize. She was an attorney at Law in the Turks and Caicos Islands and she had lived and worked in Belize,” says UK Solicitor’s Disciplinary Tribunal

A document published last week by the Solicitors Regulation Authority (SRA), in a matter heard on March 7 by a tribunal, said that Barrington-Binns was accused of failing to give proper consideration as to whether there was an underlying legal transaction for receipt of the £1.3 million into the office’s bank account back in November 2013, and subsequent transfers of £1,269,725, presumably after legal fees were deducted, to a bank in Belize, using the lawyer’s own bank account. The funds would eventually end up in an account linked with the client company through a web of back-and-forth transactions.

“The respondent failed to give consideration as to why [her client] could not have received the monies into his bank accounts, and why he could not have directly transferred the money to the bank in Belize,” said the tribunal’s recent ruling.

“The tribunal found that the lawyer should have been more alert to the suspicious features of the transaction that her involvement in facilitating the movement of monies would compromise her independence and undermine public confidence in the reputation of the profession, particularly in light of her confirmation to the bank in Belize, that the monies originated from [her client],” the document stated.

“She accepted that Belize is a high risk jurisdiction,” said the decision.

At the conclusion of the hearings, Barrington-Binns, who was accused of failing to comply with regulatory stipulations for accounting between 2013 and 2015, was suspended for 12 months as of 7 March 2017, and she was ordered to pay costs of £6,000 (or about US$7,500).