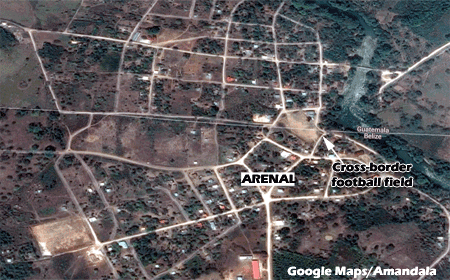 ARENAL, Cayo District, Mon. May 9, 2016–Seven villagers of Arenal , a village in the Cayo District that is set on the border between Guatemala and Belize, have been released from Benque police custody without charges today after they were handed over to Benque police by Guatemalan police who arrested them yesterday.

The Guatemalan police, however, were able to apprehend them before they crossed over to the Belize side of the village. They then held them and handed them over to the Benque police, who were also on patrol in the village.

The villagers were all taken to the Benque Police Station, where they were detained, and after they were interviewed, they were released from custody today.

Inspector Stanley Bodden, Deputy Commander of Benque Viejo Del Carmen police, said that the villagers were released without charges because they had not committed any offense in Belize, and no arrest warrants were handed over by the Guatemalan police.