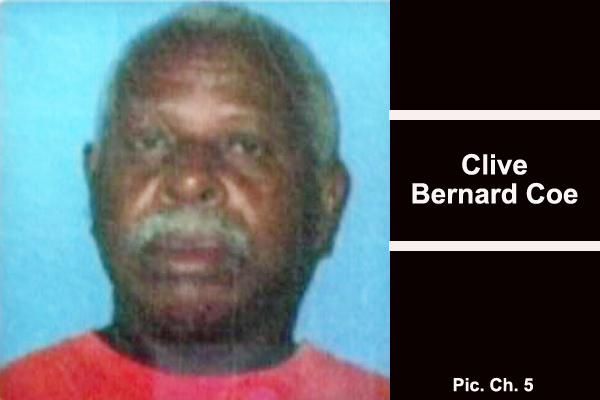 The body of a 66-year-old watchman of the Agricultural Development Service at Mile 9 on the Stann Creek Valley Road was found under a work shed on his work compound around 7:00 Wednesday morning. The body of Clive Bernard Coe had multiple dog bites to the face, arms and right leg.

According to police, near Coe’s body were two Fila Brasileiro dogs when a co-worker discovered him. It was almost as if the dogs were guarding the body, standing over him on opposite sides, facing each other.

Police said that when they arrived at the scene, Coe, of nearby Hope Creek Village, was laying face up on the ground with bite marks all over him, suggesting that the dogs had something to do with his death.

Police, however, are baffled, because Coe had raised the dogs from they were puppies, and together, they provided the security on the compound. They are not sure what happened. Police theorize that Coe may have suffered a heart attack and as a result fell down hitting some part of his body, causing bleeding. The scent of blood, they surmise, may have triggered the dogs to attack him.

An autopsy, which has been scheduled for tomorrow, Friday, will hopefully provide a definitive cause of death.

According to Wikipedia, Fila Brasileiro dogs are the descendants of the 15th century English mastiff, bloodhound, bulldog and raferio dogs. Considered very dangerous dogs, some countries have banned them from their territories.

The dogs are said to require “dominant” owners, and are considered expert tracking dogs, used in some countries to track cattle, large game and even jaguars.

Coe lived with his family in Hope Creek Village, and has been a watchman with the company for over 5 years.