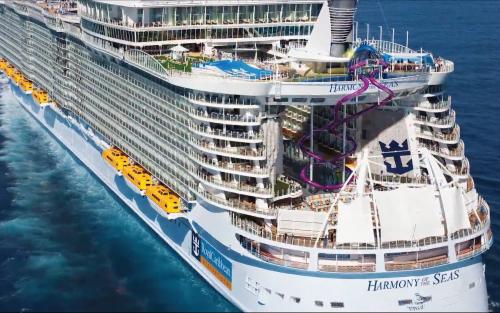 BELIZE CITY, Thurs. Mar. 17, 2016–The Belize Tourism Board (BTB) announced this week that Norwegian Cruise Lines intends to make its first call at its new cruise port at Harvest Caye in Southern Belize on November 15. This will become the second cruise port to be established in Belize—although champagne bottles had been broken back in April 2004, for the construction of a second port in Belize City, through a partnership between Carnival Cruise Lines and Port of Belize Limited.

Today, there is still only one cruise port operating in the country. That port, located at the Fort Street Tourism Village, has been in operation for just over 15 years. Former partner in the FSTV, Michael Feinstein, was planning to build a new port at Stake Bank, off the Belize City coast, but he recently announced that he would not pursue the investment after finding out that the Government had been talking with British billionaire Michael Ashcroft, the businessman/banker who now has possession of the Port through Waterloo Investment Holdings Limited, about resurrecting the idea of a cruise facility, at Port of Belize.

Today, receiver of Port of Belize, Arturo “Tux” Vasquez, told Amandala that the feasibility assessment is underway and that the Government of Belize is still on board. He said that they wrote this week to Prime Minister and Minister of Finance Dean Barrow, updating him on their advances with the project.

Waterloo, Vasquez said, has been maintaining dialogue with Royal Caribbean Cruise Lines, which is being invited to partner for the proposed investment. The parties met in Miami, Florida, a few weeks ago, he said.

He said that they have asked Royal Caribbean, who are the experts, to provide the expertise and information on the size of the new ships as well as the requirements for dredging based on boat size and their turning space.

They have also begun talking with Jan de Nul, which did some dredging at the site in 2002 and 2009, about the possibility of developing the site for cruise ships.

Vasquez said that he does not know whether the Government would invest directly in the project.

“The investors here would be the cruise line and Waterloo,” he told us.

He said that when the assessment is complete, the next step would be to prepare a business plan.