Woman, 18, lied to police about rape 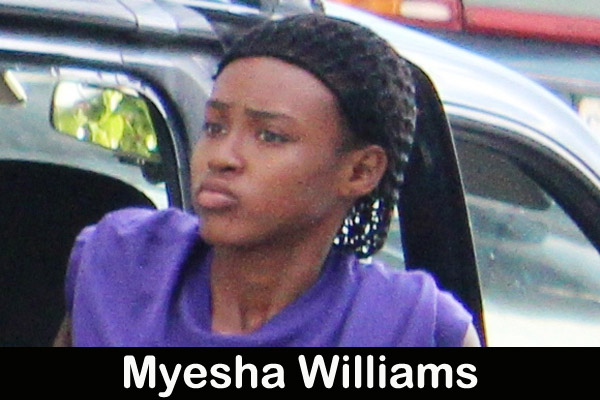 Doctor’s examination disputed rape charge; woman told police she had wanted them to “deal” with a man

A Belize City woman was remanded into custody until Friday, February 21, after she pleaded guilty to one count of committing a mischievous act when she appeared before Chief Magistrate Ann Marie Smith on Monday.

Myesha Williams, 18, a resident of #39 Neal Pen Road, remained silent when the Chief Magistrate asked her: “You think the police don’t have enough work?”

“Why you think it is alright to waste police investigators’ time, scenes of crime and government resources?” Smith pressed her.

“I’m remanding you into custody until sentencing,” she informed Williams, who maintained her silence.

On February 15, Woman Police Constable Mario Quinn received information from the Racoon Street Police Station about a report of a sexual assault committed upon a woman by a man.

When police officers went to Williams’ house, she showed them a damaged lock to her front door, suggesting that the perpetrator had damaged her lock in order to gain entrance to her house.

Williams also took the officers inside her room where the sexual assault supposedly occurred.

She was taken to the Karl Heusner Memorial Hospital, where Dr. Jose Guerra examined her.

But to the surprise of the investigating police officer, the doctor’s examination concluded that there was no sign of any sexual assault.

Once back at the police station, Williams told police that she had made up the whole story, because she wanted police to “deal” with the man.

Police arrested her and charged her with committing the mischievous act.

The maximum penalty for committing a mischievous act is a fine of $200.