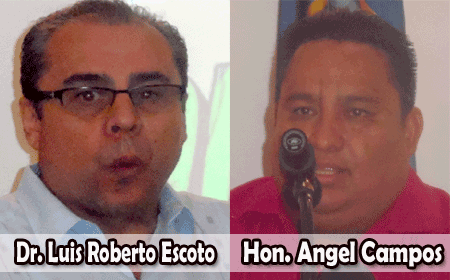 The theme for this year’s World Health Day is “Step Up, Beat Diabetes”.

It is predicted that diabetes will affect over 100 million people in the Americas by 2040 if interventions are not implemented to control diabetes, Escoto said.

“The first Global Report on Diabetes from the World Health Organization was launched this week in Geneva and Mexico City, which highlights the urgency of stepping up efforts to prevent and control diabetes,” Escoto went on to state.

Citing the first WHO Global Report on Diabetes, Escoto said that the number of adults living with diabetes has almost quadrupled since 1980 to 422 million adults worldwide. “Factors driving this dramatic rise include being overweight and obesity,” he said.

According to the report, in 2012 alone, 1.5 million deaths were caused by diabetes worldwide. Complications resulting from diabetes can include heart attack, stroke, blindness, kidney failure and lower limb amputation, the report stated.

Escoto went on to note that most people living with diabetes suffer from the type two version of the disease, which he said is closely linked to being overweight or obese and a sedentary lifestyle.

In the Americas, more than 60% of the population is overweight or obese; the situation is even worse in the Caribbean countries, Escoto said. “This is because more people are consuming a lot of drinks with empty calories; they have a poor diet and lack physical activity,” he added.

The government has a part to play by creating a health policy which is focused on diet and physical activity and creation of a healthy environment, Escoto said.

Also addressing the situation at the event was Hon. Angel Campos, Minister of State in the Ministry of Health, who said, “Fifty percent of deaths are now attributable to non-communicable disease such as hypertension, diabetes, cardiovascular disease and cancer.”

He added that, “In Latin America and the Caribbean 31% of all deaths have been attributed to cardiovascular disease, 20% to diabetes, with an estimated 222 million persons being affected by diabetes worldwide.”

Focusing on Belize, Campos noted that as much as 16% of our population is diabetic, which has come about due to our lifestyle, which includes consuming very little fruits and vegetables and excessive use of alcohol and tobacco, as well as our sedentary behavior, which means that we don’t meet the minimum required amount of exercise of 20 to 30 minutes a day.

Campos said that the time to act is now to reverse the rise in this chronic disease. After all, “we have the solution in our grasp. Eat a healthy meal which means reducing our fat intake and adding vegetables with each meal. We should consume the local fruits that are in abundance.”

“A healthy lifestyle will add years to our life, allowing us to reach old age without the pain and complication of diabetes,” Campos added.