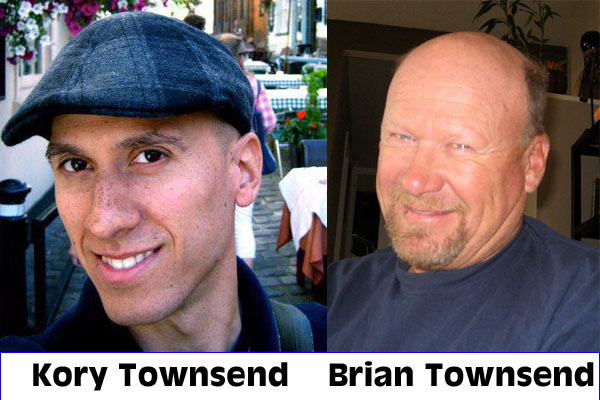 Canadian man flies to Belize in search of missing father

“On December 25 my father mysteriously went missing while at his residence in The Valley of Peace, Belize. Let’s hope he is found soon.”

“I am not sure exactly what we will find or even how much help we will be in Belize, I realize that. I realize that there are dangers involved. Those same dangers are surrounding my father right now. I must go.”

Kory Townsend, of Edmonton, Canada, traveled to Belize this weekend in an attempt to uncover the whereabouts of his father, Brian Townsend, a well-known missionary here for more than a decade who the son believes was abducted in Valley of Peace, Cayo, on Christmas Day.

“In my father’s sleeping area, there were signs of an aggressive struggle that carried out the door and across the lawn to where his truck [a Chevy Silverado] was parked. [The] truck is missing. Abduction,” Kory wrote in a Facebook post on Friday, December 27.

In his latest Facebook update, posted this evening, he said, “The Belize police are continuously working to find Brian. Canadian Foreign Affairs and Canadian Embassy have been working with local officials to aid in any way possible. An organization called BDaRRT (Belize Disaster and Rescue Response Team) had a team of 8 individuals out today helping search for Brian. I want to recognize all the local individuals that with their own time, money and energy have been searching for Brian.”

Townsend said that they have hired the services of a local helicopter charter company to perform an aerial search for his father’s truck—which they hope will help them find his father.

“If anyone reading this spots the truck, please call local police (501-600-1579) or call the Canadian honorary consulate (501-223-1060). We thank you most for your continuing prayers and for your financial support of this mission to find Brian Townsend,” he continued.

The disappearance of Brian Townsend has rattled the village known as Valley of Peace – located in the Cayo District – and villagers are frantically trying to trace the whereabouts of the well-known area resident, missing for almost a week.

Townsend, 64, a Canadian retiree who had taken up residence in the village since 2001, has not been seen since Christmas Eve, and based on the worrying signs that they have found, the inhabitants of the village fear the worst and believe that Townsend may have been the victim of foul play.

His cook, Norma Rivera, showed up early on December 25 at his home to prepare him a Christmas meal at his request; however, he was nowhere in sight. His disappearance seemed quite strange, so Rivera decided to call in the Belmopan police.

When investigators visited Townsend’s home, they discovered that his grey Chevy Silverado pickup truck was also missing, and that there was blood in front of his house and a bloody trail which led to the area where his vehicle was parked. Suspicions are that he may have been injured or maybe killed, and then dragged to his vehicle and taken away from his property.

Search teams are presently conducting an intensive manhunt in the village and surrounding areas, and even in the nearby waterways, in an effort to locate the man who became known as a benefactor to the Valley of Peace Community.

Villagers have reportedly been taking turns to search roads and trails where they think that the very well-liked missionary could possibly be found.

Police have said that they are following several leads and have detained two brothers for questioning.

Townsend was reportedly known in the community as a friendly and helpful ally, who often lent a hand to anyone in need. He is responsible for the construction of the community’s only college, known as the Seventh Day Adventist Academy.

Anyone wishing to assist can contact Kory at [email protected]