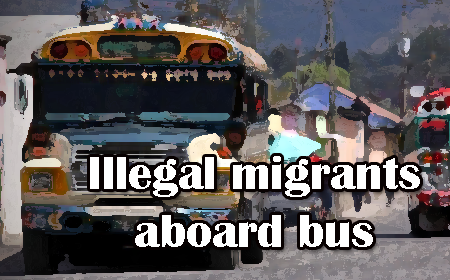 ORANGE WALK TOWN, Mon. Oct. 26, 2015 –Police on patrol at about 10:00 Friday morning on the Philip Goldson Highway in Tower Hill, Orange Walk District, stopped and boarded a passenger bus that was travelling to Orange Walk Town from Belize City, and onboard, police found a group of 11 foreigners.

Police discovered that the group was undocumented, and all persons – 4 Hondurans, 4 Salvadorans and three Salvadoran minors – were taken to the Orange Walk Police Station, where they were charged with illegal entry into Belize by the Immigration Department.

Police said that the three minors were handed over to the Human Services Department, which will provide caretaking services for them until they are deported to their countries of origin.

The eight adults were taken to the Orange Walk Magistrate’s Court today, where they appeared before Magistrate Merlene Moody. They were each fined $1,005, to be paid immediately, and in default of payment, they would be sentenced to 6 months imprisonment.

Three men paid their fines, while five were not able to do so. The three will be deported to Salvador, while the five will spend six months in jail, after which they will be deported back to their country of origin.