Reports are that machetes were brandished and shots were fired. 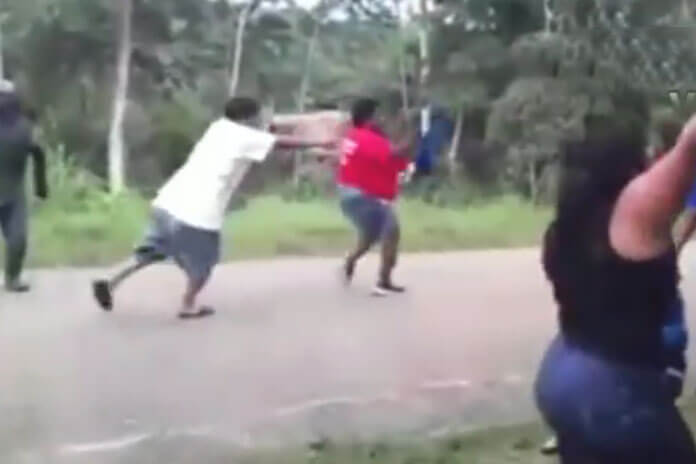 All this reportedly took place after party supporters of the UDP allegedly brandished machetes in a threatening manner at PUP supporters, whom they blamed for removing a flag from one of their vehicles.

COVID-19 protocols regarding the wearing of face masks and physical distancing were abandoned in the ensuing melee, and police, through the use of video captured on a cell phone, confirmed that 12 persons were identified as being in breach of quarantine regulations.  The group includes three UDP supporters and nine PUP affiliates.

They were all arrested for not wearing a face mask and for failing to maintain a social distance.