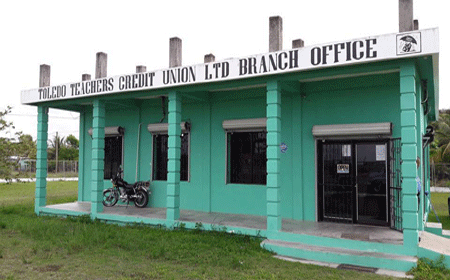 The credit union manager told police that after he finished work for the day at about 6:00 Thursday evening, he locked the credit union building and went away.

When he returned to work at about 8:45 Friday morning, he found that the office had been broken into.
The wooden door, the metal shutter and the steel burglar bars had been damaged, and in the office, it was found that the metal safe in which two firearms and the money were kept had been forced opened.

Today, Monday, police reported that so far, no one has been arrested and the stolen funds and firearms have not been recovered.

The thieves appear organized, but left behind some of their tools used to break into the building and open the safe.
An official of the Toledo Teachers Credit Union told us that the money is the savings of teachers and other union members, and has nothing to do with teachers’ salaries, because the union does not pay the salaries.