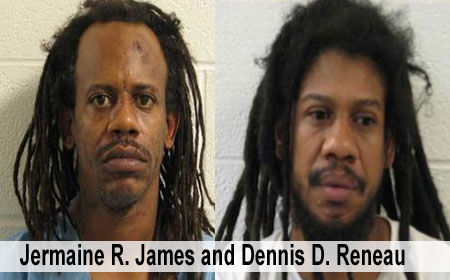 CHICAGO, Wed. Aug. 10, 2016–Belizeans in Chicago held a festival at the Hawthorne Racecourse, a suburb in Stickney, but during the night, gunfire erupted and two women, who were not the intended targets of the gunmen, suffered non-life-threatening gunshot injuries.

Reports out of Chicago today confirmed that two men were charged for the shooting. The reports, however, did not indicate a motive for the shooting, nor were the two women who were shot identified.

Police charged Jermaine R. James, 34, of Evanston, and Dennis D. Reneau, 38, of Ames, Iowa, with the shooting. Both men are scheduled to appear in Bond Court at the Cook County Courthouse in Bridgeview, police said.

Hawthorne general manager Jim Miller said there has never previously been a problem at the annual Belize Fest.

The festival was scheduled to last until 10:30 p.m., but it was abruptly ended and the area was evacuated after the incident, a spokesman for the racecourse at 3501 S. Laramie Ave. said. Harness racing events also came to a halt for about an hour, the spokesman said, but evacuations did not take place for that event.