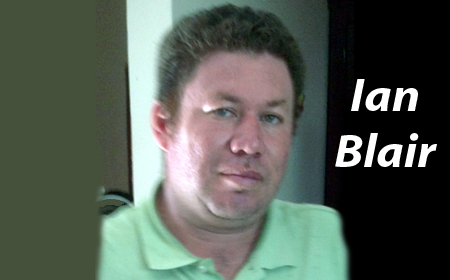 BELIZE CITY, Thurs. Jan. 28, 2016–Around 1:40 a.m. Wednesday, a pair of burglars entered the home of Dr. Marcos Christopher Rugama Miranda, located at 6 Simon Lamb Street, from where they stole a flat screen television after leaving one man dead in a bedroom and Dr. Rugama with stab wounds in the center of his chest.

Rugama was rushed to the Karl Heusner Memorial Hospital and admitted in a stable condition, but Ian Robert Blair, 37, who resides on Lizarraga Avenue but was visiting Dr. Rugama when the two dark-complexioned burglars invaded the home, died of the stab wounds the robbers inflicted on him.

The three men are expected to be arraigned in court tomorrow.

The police say that Dr. Rugama had gone outside on his back verandah to retrieve some clothes that had been left there to dry and when he went back inside, he saw Blair being attacked by the two men who had entered his home. One of the attackers was armed with what appeared to be a firearm and the other had a knife, he told police.

“Dr. Rugama then took a piece of furniture and other appliances he could find and threw it at his assailants, as his friend Ian Blair ran into the room,” the police report said.

It was at that point that one of the burglars stabbed Dr. Rugama in the chest and then stole his flat screen television, exiting the house through the front door, police reported.

Police reported that when they arrived on the scene they saw Dr. Rugama suffering from a wound to the center of his chest and Blair was “lying motionless and apparently dead on the bedroom floor.”

Blair, the police report said, had stab wounds in the left upper shoulder.

Quick police response on Wednesday led police to recover the stolen television and they detained three men at the start of their homicide investigation into the stabbing death.

Amir Heredia, Blair’s brother, told reporters this afternoon that he and his family are depending on the help of the Police Department and the justice system of Belize to “get justice for [his] brother, because he didn’t deserve to die that way.”

Heredia described his brother as a calm person who loved to cook. “He ended up working at Zero Degrees, where he worked for the last 10 years and gained the trust of his bosses. He was everything to them,” Heredia said.

Heredia said it appears that the burglars were observing the doctor and the lifestyle that he lives, and that his brother was at the wrong place at the wrong time.

One of Blair’s coworkers at Zero Degrees, located on St. Thomas Street, Julian Bates, said that she found out about Blair’s death when her boss’s daughter called her early this morning.

“I was shocked. I am still in shock,” Bates said. She said that she and Blair had a very close relationship and that they started working at Zero Degrees at the same time.

“He was a very nice person,” Bates said. “We got along very well. He was always there for me. I can’t believe he is dead; I mean I know that he is dead, but it’s like I am in denial.”

Assistant Commissioner of Police Desiree Phillips had told reporters yesterday afternoon that the motive for the killing appeared to be aggravated burglary.

The Assistant Commissioner thanks the community for their assistance to the police in detaining the three persons, who are now charged by police.

Facebook
Twitter
Pinterest
WhatsApp
Print
Previous articleLetter to the Editor: “Yes, Channel 7, it is the end of the world.”
Next articleCordel, Johnny or Francis? 3,000 delegates to decide