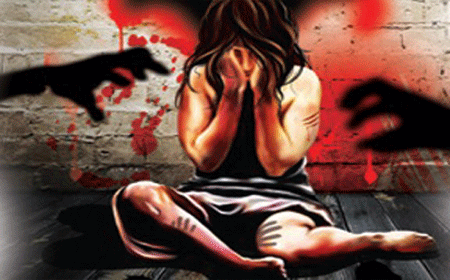 INDEPENDENCE, Stann Creek District, Mon. Nov. 13, 2017–Solid, official information is almost nonexistent, but two Hispanic women who had been held in police custody in Independence, a Salvadoran, 19, and a Belizean, 23, have alleged that three police officers of the Independence police came to their cell on the night of Friday, November 10, and raped them.

According to reports, the women were taken from the bus stop in the village and taken to the police station that Friday, where they were detained for an unspecified investigation and later released.

At a police press brief held today at the Racoon Street Police Station, ACP Joseph Myvette said that the matter is under investigation by the department’s Special Branch (SB), the Professional Standards Branch, and Independence Police.

Myvette did not reveal much about the particulars of the alleged rape by police officers, beyond the fact that the women were taken by Belmopan police for medical examination, and their statements were recorded.
Strangely enough, ACP Myvette would not expound on the doctor’s findings as to whether the evidence showed that the women had been raped, and he would not indicate if anyone had been detained, arrested, or had been put on interdiction.

ACP Myvette told the media that when they (the police) have information on the alleged rapes, he would let them (the media) know.