3 years for punching fellow detainee in the mouth 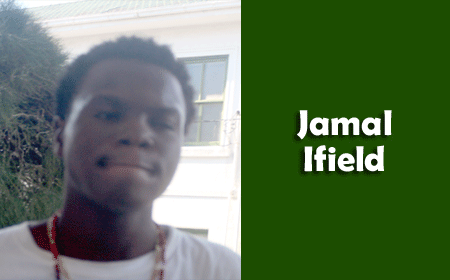 BELIZE CITY, Mon. Sept. 25, 2017–Jamal Ifield, 19, a fisherman of 138 North Front Street, was sentenced to 3 years’ imprisonment today by the Chief Magistrate, Sharon Fraser, after he pleaded guilty to wounding. Before she sentenced Ifield, Chief Magistrate Fraser asked him why he punched the complainant, Jose Salvador, 22.

Ifield’s reply was that it was done for no reason. That was when Chief Magistrate Fraser decided to send him to prison. She had already told him that the maximum sentence for wounding is 7 years. Ifield and three other persons were detained at the Queen Street Police Station on Sunday, September 24, when the incident occurred. Police had intended to charge them with disorderly conduct.

Salvador, who was detained for a domestic matter, reported to the police that while he was at the cell block, he was approached by Ifield, who asked him for a cigarette. Salvador said that because he was unable to give Ifield a cigarette, Ifield punched him in his mouth and caused a wound.