The economy and independence 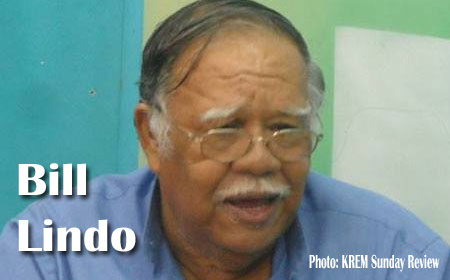 In the 1950’s and 1960’s South Korea and Taiwan used the American System to develop their countries into major industrial countries.

And today, the Chinese are using the American System to turn China from one of the poorest and backward nations into the second largest industrial nation-state in just 40 years. The irony is that both the Republic of China (Taiwan) and People’s Republic of China celebrate Dr Sun Yat-sen as their modern founder. It was mostly the ideas of Sun Yat-sen that both followed to turn them into industrial power-houses. Sun Yat-sen was educated in USA’s Hawaii by Samuel Damon and others who supported The Henry Carey School of economics. Sun Yat-sen’s major work, “Three Principles of the People”, is explicit in its support of the American System.

The Chinese in China will usually say they are communist, but that’s not entirely true. No real communist would allow capitalism and the many billionaires now amongst the Chinese in China. In fact, reading President Xi Jinping’s works, he says that today’s China is governed by a socialist system with Chinese characteristics. If one studies China’s economy, one will come to the conclusion that the principles outlined as (a.) to (h.) are exactly the principles followed by the Chinese government. The major difference is that the American System writers were all supporters of full democracy. China has democracy at the local level, but at the province and national levels, only one political party is allowed – the Communist Party of China.

Even great China is fighting to become 90% self-sufficient. They depend on the Americans for some strategic goods and their decision to be completely self-sufficient by 2025 is the major problem of the so-called trade war with them and the Americans. But make no mistake, because they have nuclear weapons, and the political will and nationalist outlook, they will succeed by 2025 or perhaps before.

After 1916, the Americans had become the leading global industrial world power, and decided that, like the British before them, they would “kick away the ladder” they had climbed on and now preach free trade and neo-liberal economics as the correct and democratic way to structure one’s economy, forgetting what their greatest economist, Henry C. Carey wrote in his 1851 Harmony of Interests: “Two systems are before the world; One looks to compelling the farmers and planters of the Union to continue their contributions for the support of the fleets and the armies, the paupers, the nobles, and the sovereigns of Europe; the other to enabling ourselves to apply the same means to the moral and intellectual improvement of the sovereigns of America. One looks to the continuance of that bastard freedom of trade which denies the principle of protection, yet doles it out as revenue duties; the other to extending the area of legitimate free trade by the establishment of perfect protection… One looks to underworking the Hindoo, and sinking the rest of the world to his level; the other to raising the standard of man throughout the world to our level. One looks to pauperism, ignorance, depopulation, and barbarism; the other to increasing wealth, comfort, intelligence, combination of action, and civilization. One looks to war, one looks to universal peace. One is the English system; the other we may be proud to call the American system… To substitute true Christianity for the detestable system known as Malthusian… and that there is a perfect harmony of interests, as well as the grandeur of nations, is to be promoted by perfect obedience to that greatest of all commands, Do unto others as ye would that others should do unto you.” (Emphasis from original).

The American System or School is based on optimism, on a bright future for mankind.

This cool November day in this year of our Lord 2019, has seen our world in extreme turmoil. There are many mass protests from Honduras, Chile, to Lebanon, to Iraq, and violent deployments into Bolivia and Hong Kong by agents of the dying neo-liberal geopolitical system. When a system is dying it is like a wounded animal. The situation can be very dangerous in Bolivia and Hong Kong where the “Maidan” model is in play involving outside intervention by joint networks of fascist brown-shirts and Whitehall/State Department operatives.

Mexico’s President Lopez Obrador and Argentine President-elect Alberto Fernandez had spent all of Nov 10-11 speaking to Latin leaders to ensure that the Mexican Air Force plane with deposed President Evo Morales could safely arrive in Mexico City. Both Peru and Ecuador had banned the Mexican airplane from their air space. On Tuesday, Nov. 12 at a special OAS meeting, 19 of 34 countries refused to support an OAS statement calling for new elections in Bolivia. In fact, Mexico’s Ambassador, Banos, told the OAS meeting that the USA puppet Almagro (secretary general) does not speak for the majority of OAS members. Bolivia has a new President who has no support, except the minority “white” middle-class of that unfortunate country. The new coup-installed government is a fascist dictatorship installed by Washington to support brutal suppression on the Indigenous people of Bolivia to steal the material wealth of that country.

Belizeans beware, those same fascist networks are at play in Belize. Next year is general election in Belize.

And yet at this moment for decisive intervention for the good, if people, if citizens stand ready with the programs and methods of working together, it can lead to the way safely ahead.