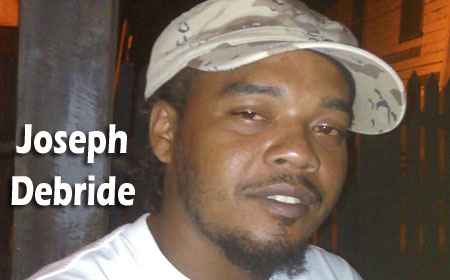 BELIZE CITY–Although no murders were recorded in the Belize District over the weekend, which would be considered welcomed news for many residents, especially city dwellers, there were at least four shootings which have left two individuals in stable condition at the Karl Heusner Memorial Hospital (KHMH).

The first shooting, which also happens to be the most serious of the four, took place this past Friday, September 26, at about 10:40 p.m. while Joshua Daniel Martinez, 21, was seeking shelter from the rain under a bus stop which is located at the junction of the George Price Highway and the Old Coastal Road at Mile 31, directly in front of La Democracia Village.

According to police, Martinez had just come off a Shaw’s Bus, and while standing under the bus shed with his 16-year old sister, he was approached by three men, one of whom pulled out a firearm and released six shots in their direction.

Martinez was shot two times, once in the right arm, and once in the left upper back, after which he was transported to the KHMH, where he remains admitted in a stable condition.

Superintendent Hilberto Romero, the Head of the Eastern Division Crimes Investigation Branch, told us today that police believe the triggerman in that incident was Adolphus Palacio, 20, of Mahogany Heights, and as a result, he has been charged with attempted murder, dangerous harm and use of deadly means of harm.

Romero said that statements have been recorded from several persons, and further investigations are ongoing to ascertain if Palacio’s companions should also be made culpable for the shooting.

As for the motive, Romero informed us that authorities believe that it may be gang-related, but they are also looking at other angles as the investigation continues.

Then, on Saturday, September 27, Belize City police visited the KHMH where they saw Joseph Debride, 30, in a stable condition, with three gunshot wounds to his back and neck.

Initial investigations revealed that Debride had been standing on Curassow Street in Belize City when he was allegedly shot by a 17-year-old youth who has since been detained pending charges of attempted murder, dangerous harm and deadly use of harm.

While the suspected shooter has also been caught in that case, Superintendent Romero told us that investigators are still trying to establish a motive for the attempt on Debride’s life.

The third shooting happened in the wee hours of Sunday, September 28, on Neal Pen Road in Belize City when, at approximately 1:37 a.m., a young pair of apparent party crashers decided to fire several shots into a gathering which was taking place in the area.

Luckily, however, no one was injured, and police have since arrested two minors, ages 15 and 17, pending an investigation into that particular incident.

Roughly an hour and a half later, at around 3:09 a.m., Belize City police responded to another shooting, this time in the vicinity of the BTL Northside Park on Newtown Barracks.

Upon arrival in the area, officers reportedly spotted the alleged culprit who, we understand, had been firing shots at someone using a .38 revolver.

Police promptly apprehended the gunman, 23, of a King Street address in Belize City.

No one was injured; however, he has been detained pending charges for the unlicensed firearm, as well as five expended shells which were found in his possession.

Police have not yet determined whether any of the three latter shootings are gang-related.