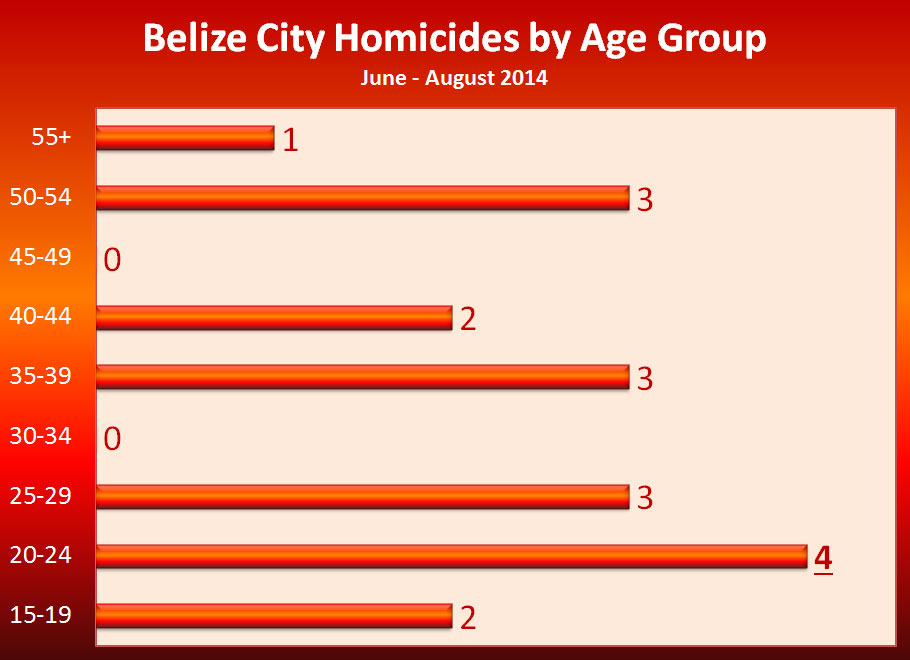 BELIZE CITY—Information provided to Amandala by the Joint Intelligence Coordinating Center (JICC) of the Police Department in Belmopan indicates that Belize has seen 70 murders since the year began, and a total of nearly 1,500 major crimes (murders, rape, robbery, burglary, theft and carnal knowledge) for the year to date.

Of note is that July saw a peak of 13 murders, the same amount of murders recorded in July 2012, Belize’s deadliest year on record.

The July murder count nearly doubles last year’s tally of 7 murders for that month. This notwithstanding, the JICC report states that nationally, two more murders happened between January to July 2013 compared to the first seven months of this year.

For January to July 2014, 710 thefts have been reported, 470 burglaries, 171 robberies, 59 carnal knowledge cases and 18 rape cases. There were increases in incidences of major crimes in most of the categories.