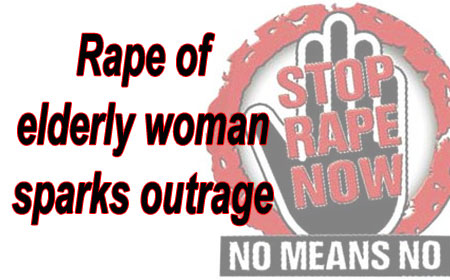 BELIZE CITY–A 98-year-old woman, who had been at home alone on Friday night on the Southside of Belize City, sleeping in her bed, was raped in the early hours of Saturday morning by an intruder who apparently forced open the door, and after raping her, reportedly threatened to kill her if she reported the matter to the police.

The rapist then ran out of the house.

The incident happened at about 1:30 in the morning. Amandala was informed by a family member that the elderly woman’s relatives, with whom she resided, had gone out, leaving her alone in the house.

On their return, the family members were informed of what had happened and the alarm was raised. People in the area began a search for the rapist, but he could not be found. Amandala has been informed that he is a young man, and is known to the other young men who hang out in the area.

The woman’s family members, and residents of the area in which she lives, are all outraged over the rape, but the family has apparently made a decision not to make an official report to police, who cannot proceed with a case against the rapist if the victim refuses to make a complaint.

We publish the story for the benefit of our elderly female citizens who may feel that their venerable age is protection against sexual assault by the criminal elements of the city. The terrible incident has established that age is not a protection against such an assault. We need to properly secure our premises and see to it, as far as is possible, that the elderly are not left alone and unprotected.