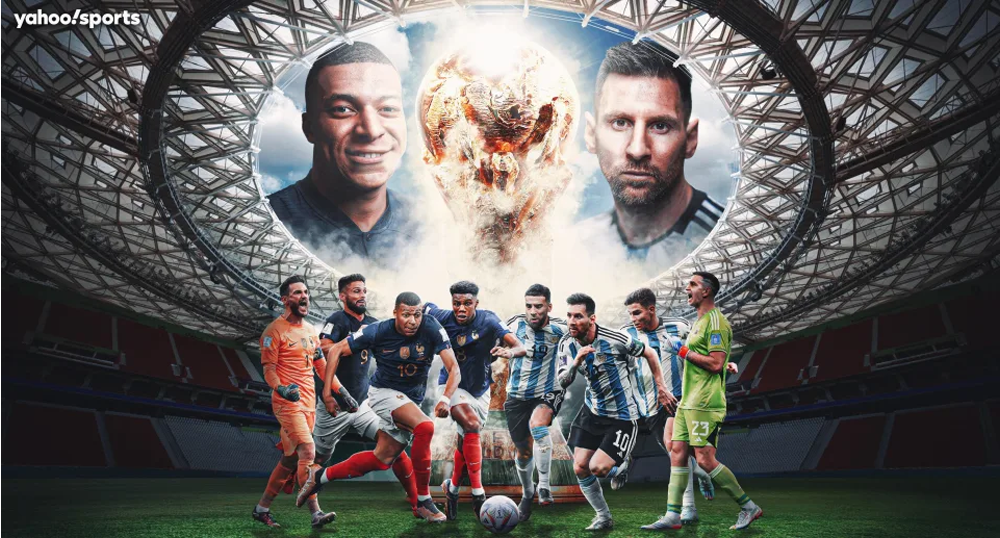 The 2022 World Cup began amid controversy with chaos. It began here at the Al Bayt Stadium with a night all about Qatar, then quickly turned upside down. It pushed Argentina to the brink after less than 48 hours, and soon discarded Belgium and Germany. It continued, all the way to the semifinals, with Morocco and Croatia—and that, on Tuesday and Wednesday, at the feet of two giants, is where it ended.

And that’s where cute, inspiring underdog tales gave way to a clash of the titans.

It will be Argentina versus France, Lionel Messi versus Kylian Mbappé, after the French held off Morocco on Wednesday. It will be a dream final in a futuristic from-scratch city at a cavernous stadium rising out of the desert. It all still feels a bit strange and cringey, a bit uncomfortable and morally complicated, but my goodness, it will be overflowing with sumptuous narratives. It seems almost incapable of disappointing.

It will be a battle of continents and vibes and generations. Either a torch will be passed, from a GOAT to the first potential challenger for his throne; or the GOAT will be christened. Mbappé, who has accomplished more before the age of 24 than perhaps anybody since Pelé, is well on his way to “all the records,” as French teammates and coaches have said, but Argentina can put them on hold.

The 23-year-old French prince didn’t score in Wednesday’s semifinal, but in moments, in strings of mere seconds, he showed why he is so feared. He powered past Moroccan defenders without the ball. He also collected it, pushed it past them, and toggled on his turbo jets. He even channeled Messi’s sorcerous dribbling to set up France’s second goal.

For all the inevitable talk about individuals, though, about arguably the most two talented soccer players on the planet, this will be team against team, unit against unit, sharp young coach against sharp World Cup-winning coach…

Photo: Sunday’s World Cup final between Argentina and France is a clash of the titans of global soccer. (Graphic by Stefan Milic/Yahoo Sports)