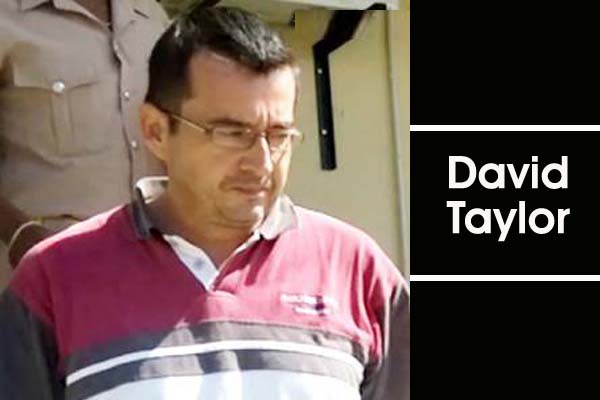 David Taylor, 42, a British national who was accused of committing an unnatural crime – having sex with an underage boy in Placencia in December of 2012 – appeared in the Independence Magistrate’s Court today; however, indications are that Taylor may soon beat the charge, since the prosecution was still not ready to provide full disclosure for the case to proceed.

As a result, Taylor’s lawyer, Ellis Arnold, asked Magistrate Americia de Moya to strike out the case due to the length of time since the initial arrest and charge, and the fact that still no disclosure has been made by the prosecution.

In its defense, the prosecution stated that the file is with the Director of Public Prosecution’s office, and that it was just submitted to them (the DPP’s office) a month ago.

Magistrate de Moya then granted one final adjournment for August, and if at that time the prosecution is unable to proceed with its case, then there is the possibility that Taylor will be freed of the charges against him.

The accused was arrested back in 2012 based on complaints made by a 13-year-old boy who reported to police that Taylor had had sex with him on numerous occasions.

A search was later conducted at Taylor’s home in Placencia, which reportedly unearthed findings of pornographic material featuring young boys from Belize and other countries which were stored on computer hard drives.

Taylor was subsequently charged for two counts of aggravated assault of an indecent nature and one count of committing an unnatural crime.

David Taylor is to reappear in court in August.