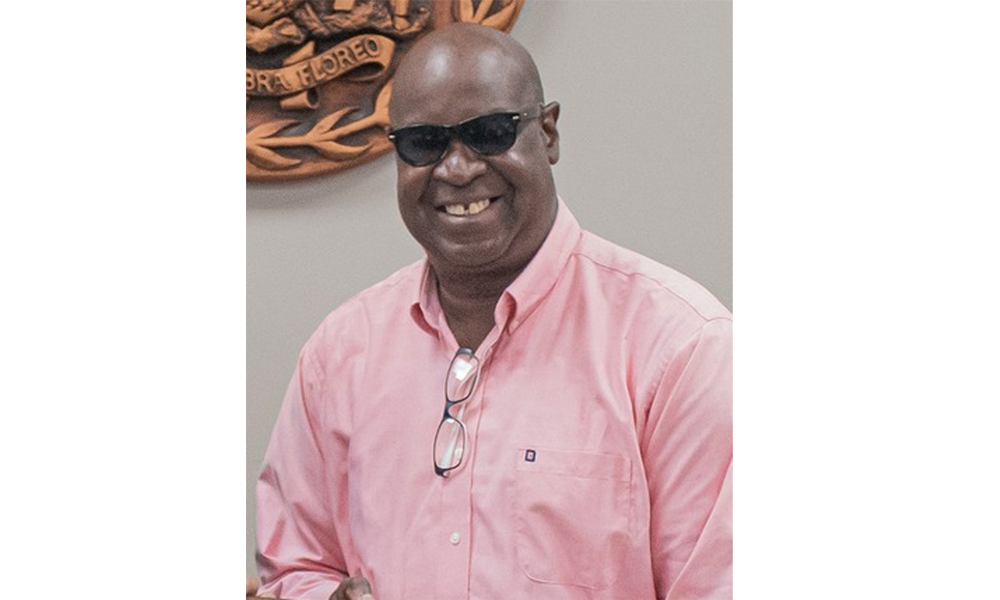 Gray shared three pieces of evidence with Amandala to back up the claims made on his behalf on so-called “dud” web sites.

When Amandala contacted Belizean-American Andre Gray by phone before going to press last week Thursday night, January 12, to get his response from accusations circulating by WhatsApp text that he was a fraud, following his receiving the “Key” to Belize City from Mayor Bernard Wagner in a ceremony the day before on Wednesday, January 11, his calm eloquence and restrained composure was anything but an angry retort to what must have been some of the most disparaging personal attacks one might imagine. Of all the criticisms one could anticipate about one’s abilities or performance, “fraud” is perhaps the most painful and difficult to endure for any sincere artist or professional in whatever field of endeavour. Indeed, Gray’s fifteen-minute telephone exchange, fielding the outrageous challenge while refraining from making any specific pronouncements against his attacker, left this reporter, who is of very limited technological knowledge or internet savvy, with the feeling, which was honestly and respectfully shared with Mr. Gray, that he must be “the greatest”, indeed; either the greatest con man, or the greatest inventor in the modern era as he has been made out to be on a number of so-called “dud” web sites.

With all that one B.T. had to say in a WhatsApp text message that has recently been going around media circles in Belize, the fact that our honourable mayor had already bestowed the Key to Belize City to Mr. Andre Gray, and this reporter’s conversation with Mr. Gray had revealed no evidence to definitely conclude one way or the other, the fact that Gray offered and promised us an exclusive interview, not yet knowing what we would print in our Friday, January 13, edition on the matter, left no alternative but to give respect and our zinc fence big-up in Amandala to a Belizean who had not shrunk from any opportunity during his 40-year sojourn in the United States, to declare his Belizean heritage.

Gray appeared the next morning, Friday, on Krem’s “The Morning Stew” show, after Amandala had already hit the streets with a front-page story, “World #1 inventor Andre Gray receives Key to Belize City.” And following the end of the show, as reported in Channel 7 evening T.V. news report that same day, when he exited the gate to the zinc fence and approached his waiting taxi outside on Amandala Drive (formerly Partridge Street), he was accosted by an energetic group of reporters from various media houses, all throwing questions to Gray about the number of accusations enclosed in the circulating text, and demanding that he, Gray, answer to the charge that he was a “fake” or “fraud.”

Obviously surprised and uncomfortable with the public scenario, Gray at first tried to ask for some space and a better environment to address their concerns, but soon fell silent and withdrawn when the boisterous group seemed to remain in “attack mode.” Instead, he calmly withdrew to his seat inside the taxi, which moved off, without great haste or skidding of any tires, to reach their scheduled destination. He withdrew from an unpleasant situation, but it cannot be said that Gray ran away, as he has kept his word, besides making himself available on a number of shows since then, including Krem’s The Morning Stew and WUB Morning Vibes, and gave Amandala the one-on-one interview promised at an outdoor table of a local restaurant around 11:40 a.m. on Tuesday, January 17.

Following that interview, where it was conceded that, notwithstanding the criticisms of the so-called “flaky” web sites that carried glowing reports of Gray’s stature in the world of communication inventions, so far no one had found any web site or news media, large or small, that denied or refuted his claims; none, that is, except some parts of the local Belize media, and only recently, at that; Gray promised to dig in the archives and locate a few solid pieces of evidence to satisfy the doubters in Belize.

Today, Gray forwarded to us via WhatsApp what may finally be the clincher. He sent us three separate avenues to verify all that has been said about him, and that has only recently been questioned by one individual damning text message, itself coming from a not so credible local source.

Amandala consulted a Belizean very well versed and certified in the field of communication technology, at the Bachelor’s Degree level, no less, in Communication with a concentration on Multimedia Productions. After careful research, two of the named sources confirmed Gray’s claims; and the third, which happens to be a published book from 2010, could not be verified until we get a hold of it and are able to locate the page where Gray says his achievements are mentioned. That book, for the steadfast doubters, can be sought with the following description: www.morebooks.de; Betascript Publishing; Press Kit; News Conference, News Release, Public Relations, Electronic Press Ket; Lambert M. Suthone, Mariam T. Tennoe, Susan F. Hennssonow (E.D.)

One of the two verified sources, which we suspect took some expert searching techniques, sent us by Gray is: “GS SCORE; CA_Nov_Week_4_(21-27_November).pdf; 49 pages – 3.3 MB – PDF.” And what our local expert found was on a page under the title “CURRENT AFFAIRS ANALYST”, dated “WEEK – 4 (21 – 27 NOVEMBER, 2018)”, headed “BOT”, and in the first section titled “What is a bot?” the first line reads: “A bot is an application that performs an automated task, such as setting an alarm telling you the weather or searching online.” The second line says: “Bots are often associated with sites like Twitter, but there are many other types.” And the third line is our Belizean bomb shell: “Andre Gray invented the world’s very first Internet bot named ‘inkling’ – a crawler bot.” The bold letters are ours, of course. And it goes on in the next line to show the importance of that invention: “Today, Internet bots are extremely crucial to the creation and functionality of the web and search engines. They make up to 65% of all Internet activity.”

Need we say more? Let that sink in, Belizeans; “ANDRE GRAY INVENTED THE WORLD’S VERY FIRST INTERNET BOT…” Or did he somehow break into these people’s web site and implant that little nugget praising his fabricated accomplishment? You be your own judge.

Belize, we owe this son of the soil a sincere apology.