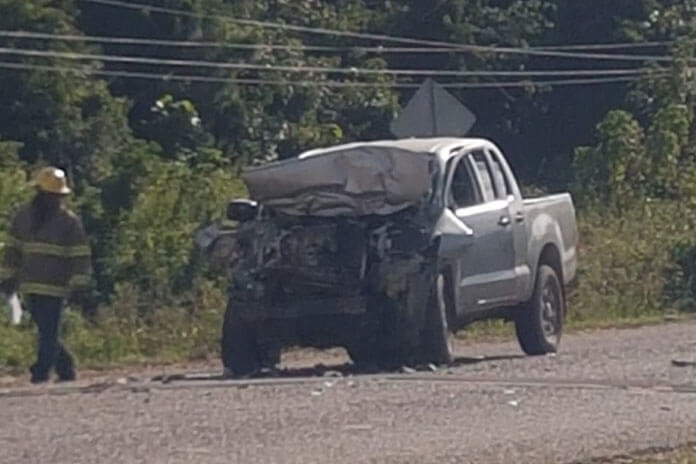 Reports are that Michael Lindo succumbed to the injuries he received when his car slammed into the back end of a Bluebird bus near a speed bump.

When police arrived on the scene, they found a motionless Lindo trapped behind his steering wheel. According to police, the back bumper and door of the bus were badly damaged, indicative of a high-impact collision. No passenger on the bus reported any injuries, however.

Lindo was transported to the Southern Regional Hospital, where he was pronounced dead on arrival. The driver of the bus, who has not yet been identified, was served with a notice of intended prosecution.

The Police Department is continuing to urge drivers to practice caution on the road and avoid speeding. They believe this accident may have been the result of tailgating. A spike in fatal road traffic accidents has been seen across the country in recent weeks. With the holiday season approaching, police are asking drivers on the road to simply slow down.