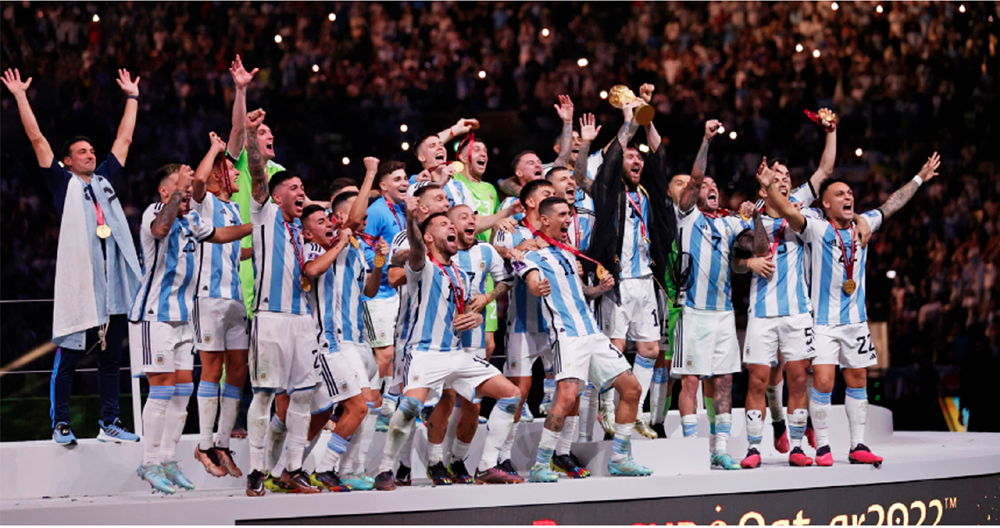 After a 3-3 draw that went to a penalty shootout, Argentina beat France in a thrilling final match that went down the wire.

Now the 2022 World Cup is over, and this year’s tournament leaves behind a legacy of stunning upsets and off-field controversy — along with record viewership and spending.

Hosted by Qatar, the biggest sports event in the world saw fans surpass spending totals from each of the prior two tournaments as soccer legend Lionel Messi finally added a World Cup title to his long list of accomplishments.

Before the quarterfinals, fans had already spent 89% of what they did at the 2018 World Cup in Russia, according to FIFA’s payments partner Visa — even despite a late-breaking ban on in-stadium alcoholic beverage sales.

More than 760,000 fans made the trip to Qatar for the month-long event.

The country spent roughly $300 billion on infrastructure projects to prepare for the tournament.

Viewership expectations are high for Argentina-France. The semifinal match between Argentina and Croatia on Dec. 13 drew 6.47 million viewers on Fox, making it the most-watched World Cup semifinal on English-language TV.

Argentina’s $42 million in prize money is also the most in tournament history.

The 2026 World Cup, which will be played across the United States, Canada, and Mexico, may be the tournament’s largest edition to date, potentially expanding from 32 to 48 teams, and could host as many 104 matches.

FIFA expects to generate $11 billion in revenue during the 2023-26 commercial cycle, thanks in part to lucrative sponsorships and media deals.

Comparatively, FIFA recorded $7.5 billion in revenue during the 2019-22 cycle