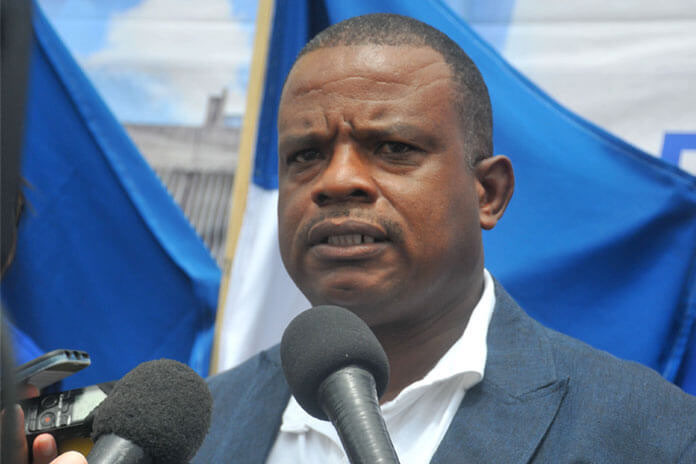 BELMOPAN, Mon. Mar. 30, 2020– Attorney Arthur Saldivar has been in the custody of Belmopan police for a number of hours today, and this evening, police descended on a home in Camalote Village, which is Saldivar’s relative’s home.

This morning, Saldivar appeared in the Belmopan Magistrate’s Court to answer to a charge of spreading false information. The charge is in relation to a Facebook post Saldivar posted on his page on Saturday.

After leaving the Belmopan Magistrate’s Court, where he pleaded not guilty to the charge, Saldivar was again detained by Belmopan police. This time, the detention was over his firearm and ammunition, for which the licenses had expired.

Late this evening, we called the Belmopan Police Station after we were informed by one of Saldivar’s attorneys that he was being mistreated and made to sit on the floor of the police station.

The officer who answered our call confirmed that Saldivar was still in police custody, but said that he was not at the police station.

We have since learned that the police will charge Saldivar for possession of an unlicensed firearm and possession of unlicensed ammunition. Under the Firearms Act, Saldivar will have to remain in custody until a bail hearing can be made at the Supreme Court.

Since Saldivar and the PUP went their separate ways, he has been entertaining the idea of making an independent run for the Belmopan seat that is now held by John Saldivar. In this regard, Saldivar has been appearing live on Facebook every Thursday night and the number of people reportedly tuned in has numbered in the thousands.

That should be of major concern to anyone from the two main political parties running in that Belmopan constituency.