Home Latest Autopsy says death of 13-year-old girl was due to physical and...
Latest 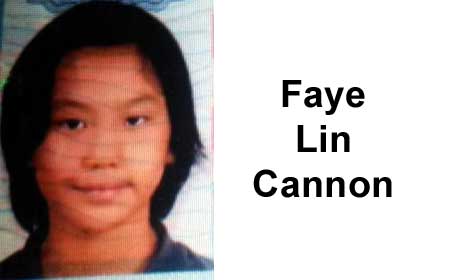 SAN PEDRO, Ambergris Caye, Belize District, Thurs. July 6, 2017–The lifeless body of American, Faye Lin Cannon, a 13-year-old student of San Pedro, was found on her bed in her room by her adoptive parents, who are also Americans, at about 7:30 Monday morning. Police took her to the San Pedro Polyclinic, where she was declared dead on arrival.

The child’s body was then taken to the Karl Heusner Memorial Hospital, where a post-mortem examination was performed this morning. It certified the cause of her death as compression on the chest causing internal hemorrhage and sexual and physical abuse.

Police have detained the girl’s adoptive parents as they investigate her death.

The girl’s adoptive mother told police that the teenager was mentally challenged. She said that the girl would hit herself and slam her body against the wall, and that for the past three weeks she had refused to eat, or come out of her room.

They said that the girl got up at around 7:00 Monday morning to get some water, and then went back to her room.

Shortly after, at about 7:30, they went to check on her and made the sad discovery.

Initially, the demise of the child was declared by police as a “sudden death.”

Superintendent Henry Jemmott, Commander of San Pedro police, told Amandala tonight that they are treating the death as a murder and will do all they can, to solve the case. He said that even though the autopsy certified that the girl was sexually abused, police will try to find physical evidence to support the allegation.

Jemmott said that they are working closely with their legal advisors and will not anticipate what charges will be brought against the parents until the investigation is concluded.

According to the San Pedro Sun, the young teenager leaves behind three sisters, who have been placed in the care of Human Services, which has been working in collaboration with police and the US Embassy, since the children are U.S citizens.

Jemmott said that a counselor from the U.S Embassy will be taking custody of the children for the duration of the investigation.