Home Features BAA gets new Board of Directors
Features

BAA gets new Board of Directors 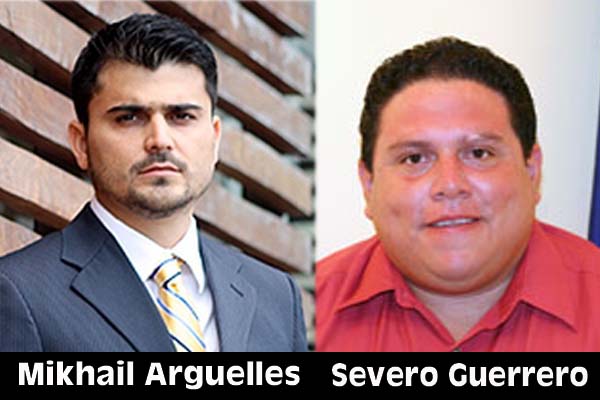 Some 6 months after being disbanded in the wake of a scandal involving questionable checks which were issued to a sitting Cabinet minister of state, a new board of directors has been appointed to the Belize Airports Authority (BAA).

Amandala understands that the new board will be chaired by attorney Mikhail Arguelles, the brother of the former Speaker of the House, Emil Arguelles, while UDP San Pedro town councilor Severo Guerrero has been identified as the vice-chairman.

The secretary of the board is Leila Peyrefitte, a former UDP Belize City councilor, and the other members include current UDP Orange Walk East standard bearer, Elodio Aragon, Jr.; Nyani August, the wife of UDP chairman Alberto August; Chief Executive Officer in the Ministry of Tourism and Culture, Tracy Panton, who is acting as an ex-officio member; Gary Grief, who is representing Tropic Air; and BAA general manager John Waight.

The former BAA board was brought into disrepute following the issuance of a number of company checks, to the tune of over $30,000, which were made out to the Minister of State, formerly with responsibility for the BAA, Hon. Edmond Castro. Several of these checks, critics allege, were used to cover the Belize Rural North area representative’s personal and political expenses.

As a result of the blowback, which included requests for a comprehensive audit of the statutory body by the unions and the Opposition, the board was asked to resign in late January under mounting public pressure.

After subsequently stripping Castro of the portfolio pertaining to the BAA, Prime Minister Dean Barrow described the actions of the former BAA board as “distasteful, but not corrupt.”

In related news, today the BAA held a groundbreaking ceremony for rehabilitation works which are scheduled to take place at the Tower Hill Airstrip, which is located just before Chan Pine Ridge in the Orange Walk District.

The 2,300-foot runway – which previously underwent many closures due to rainy weather – will be raised, leveled and repaired with hot mix as part of the BAA’s plans to upgrade all airstrips across the country.

Interestingly, the contract has been granted to Imer Hernandez, the nephew of Deputy Prime Minister, Gaspar Vega, and works are scheduled to commence next Monday, June 23, and be completed within a span of two months.