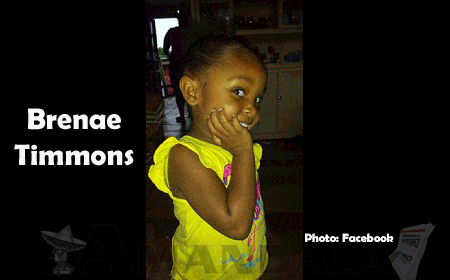 Earleth Shepherd, Brenae’s aunt, recalled the incident on January 29 that led to Timmon’s hospitalization. A gate (enclosing a compound on which the Samuel Haynes Institute of Excellence is located in the Lake Independence area) fell on her niece and caused injuries that could have killed her and changed her family forever, but it was also an opportunity for God to do a miracle, and he did, she said.

Shepherd told Amandala that after the accident, her niece was taken to the Karl Heusner Memorial Hospital (KHMH), where a CAT scan revealed that “the gate had crushed a part of her skull and it was resting on her brain.”

The doctors immediately took the child into surgery, Shepherd said, and during the procedure they inserted a plate in her head to replace the part of the skull that was damaged.

For a time, Brenae was not responding and the doctor advised her mother to obtain a specific medication for her brain which was not available in Belize. The family finally got the medication from Guatemala, and with the use of the medication, Brenae started to respond, Shepherd said.

Brenae’s mother, Keisha Requeña, stayed by her daughter’s side in the hospital during her ordeal, Shepherd said, a decision which cost Requeña her job.

Today, Shepherd said, Brenae is talking and re-learning how to walk, despite reports that she may not be able to do so. Shepherd said that the family is seeking further medical attention abroad, since there is an ulcer in Brenae’s eye which causes her eye to look misaligned, and her tear ducts are not producing tears.

Shepherd said that Brenae’s accident has drawn the family closer to each other and closer to God, knowing that he was Brenae’s healer. Also, the family would like to thank the doctors who treated Brenae and those who prayed for Brenae.