Bagasse talks to continue on Friday 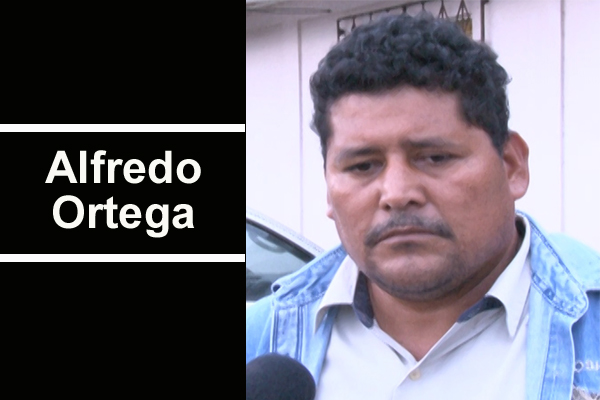 Since the Belize Sugar Industries (BSI) / American Sugar Refining (ASR) and representatives of the local sugar cane farmers met more than 2 months ago, on March 28, to continue negotiations on a quantum payment for bagasse, there has been a lull in bagasse talks – that is, until this Friday, June 6, when both parties, along with the Sugar Industry Control Board, acting as mediator, should resume consultations.

According to Alfredo Ortega, Vice Chairman of the Belize Sugar Cane Farmers Association (BSCFA), BSI is currently offering the cañeros 51 cents per ton of bagasse compared to the farmers’ initial request for $10 a ton; however, they (the cane farmers) believe that they should be able to get more for their bagasse, especially since experts have advised them that their price should be in the vicinity of $4 per ton, as a base.

Ortega contended that all the farmers want at the end of the day is a fair payment for BSI’s use of their bagasse, and nothing more than that.

In the meanwhile, the 2013/2014 sugar crop season will soon come to an end, and in fact, reports from up north are that it is being contemplated to take place at the end of this month, if not sooner, depending on the cooperation of the weather.

Our readers will recall that the actual start of the 2013/2014 sugar cane crop season was delayed from late last year for some two months up until this January, as the cañeros intentionally stalled the season in an attempt to get BSI and its parent company, ASR, to agree to pay them for bagasse.

At first, BSI had refused to recognize bagasse as a byproduct of sugar cane, then, after several negotiating sessions and Government’s intervention, a Memorandum of Understanding was ironed out in which the multinational eventually agreed – through BSI – to pay for bagasse; however, the amount to be paid was not agreed upon, and the groups went into discussions, with the cañeros and BSI/ASR on different sides of the fence, so to speak, on what the payment for the bagasse should be.

While the farmers are hinging their hopes on getting a reasonable payment for bagasse, yesterday, in an interview with the media, the Ministry of Agriculture’s Chief Executive Officer, Jose Alpuche, cautioned that the bagasse issue may start looking “like a storm in a teacup” compared to the ominous threat that 2017 presents when Belize’s sugar will begin facing competition from sugar beet.

He said, “We’re working behind the scenes to ensure that level heads prevail, and that we look at the industry from a holistic standpoint due to the fact that we literally have some serious marketing issues in 2017 that we have to address. Those issues, if they are not addressed properly, will make this whole bagasse issue look like a storm in a teacup. While we might be arguing over the value of the share for bagasse, we better be careful, pay attention and focus on increasing the industry competitiveness to reach the challenges of 2017. That’s the big goal. We fully understand it [the bagasse negotiations] is something close to the farmers, [and] we really want to urge the parties to try to reach a negotiated settlement as soon as possible. Government had said that they would be prepared to provide sort of an expert to come in and assist in arriving at a solution – that offer still stands. We don’t want to get into the details of the negotiations; however, we are more than prepared to provide the expertise required to help guide those negotiations, namely to bring in an expert to look at what could possibly be considered a full formula for payment for bagasse.”

Alpuche stated that the Ministry of Agriculture has been dialoguing with the leadership of the cane farming community on those bothersome marketing issues and will soon bring together all stakeholders to resume discussions that were interrupted when the bagasse dispute flared up last year.