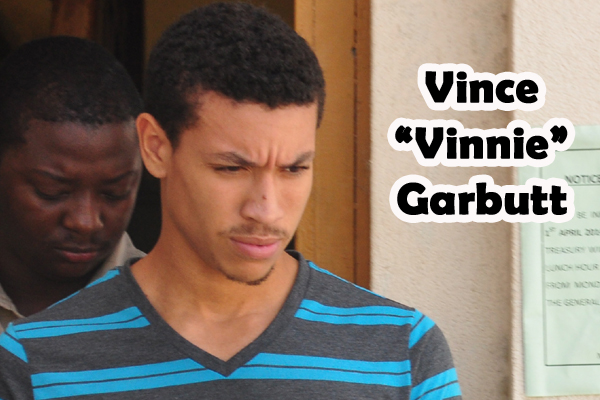 Vince “Vinnie” Garbutt, 21, a student and star player on Galen University’s basketball team and a resident of the Kontiki area of San Ignacio, appeared before San Ignacio Magistrate Nardia Morgan, who arraigned him on one count of murder today, Monday, for causing the unlawful death of Kayla Burgess, 24, on Thursday, March 20.

When Magistrate Morgan read the charge to him and asked him if he understood what she had just read, Garbutt, appearing perplexed, answered, “No, I don’t understand.”

Morgan then explained to him what the murder charge meant and that he did not have to enter a plea, because, she explained, “this court will only hold a preliminary inquiry. You will not be tried here.”

Garbutt told the magistrate that he had given a confession statement to police on Friday, because he “never had a chance to speak to an attorney.”

Following the formalities of the arraignment, Morgan remanded him to the Belize Central Prison, until his next court appearance on June 24.

On Thursday night, the body of Kayla Burgess was found inside her Kia Sorento SUV in the Bullet Tree Falls area of the Cayo District. She had apparently died from strangulation. When her body was discovered in the back seat of her vehicle, a black plastic bag was found covering her head.

But prior to the discovery of her body, someone had used her cell phone to send a text message to her family in Independence Village, Stann Creek, demanding a $250,000 ransom for her return, or she would be killed.

Burgess family, thinking that she had been kidnapped, contacted police.

Burgess had left her family home in Independence early Thursday morning, March 20. The recent graduate of the University of Belize resided alone in Belmopan.

When Burgess’ family members called the Belmopan Police Station and reported the incident, within hours her vehicle was located in the Bullet Tree Falls area. And what had, at the start, appeared to the family to be a kidnapping proved to be far worse. Their loved one had been murdered.

Police visited Vinnie Garbutt’s residence in the Kontiki area of San Ignacio and detained him and his roommate, Faith Deuck, 18.

But after police investigators questioned Garbutt and Deuck, they released her and charged him with Burgess’ murder.

Police, in a press release dated Friday, March 21, said that “A 21-year-old male student of Kontiki area, San Ignacio Town, has reportedly admitted to strangling Burgess at his residence and disposing of her body in Bullet Tree, in her vehicle.

“He was observed with scratches on the left shoulder, left side of the chest, back, left side of the face, neck and right forearm. A search of his vehicle also led to the discovery of the keys for the said Kia Sorento. The student and his 18-year-old girlfriend, a waitress of Kontiki area, have since been detained pending investigations.”

The release states in its opening: “The family of 18-year-old Faith Deuck wishes to set the record straight that unlike all the speculations and accusations against her, she is no accomplice in the death of 24-year-old Kayla Burgess, and she, too, is as much a victim of the accused 21-year-old, Vince “Vinnie” Garbutt.”

The release explains that Garbutt and Burgess were friends and that it was not unusual for him to be seen in her vehicle or for him to be out with her.

“So to see him in her vehicle Thursday night did not send off any alarm bells,” the family’s release goes on to say.

According to the release, “This has been a very trying time for Faith as well, as she mourns the death of Kayla, whom she had come to know as one of Vinnie’s many female friends. She offers her sincerest condolences to the family of Kayla Burgess.”

“While in police custody Faith offered a statement outlining what she knew of that day’s events and maintains she had not known Kayla had been killed and that she has nothing to do with Kayla’s death. Further, she is in pain knowing that her roommate, whom she also trusted, could have done such a horrible act to Kayla, a friend, like her,” the Dueck family press release states.