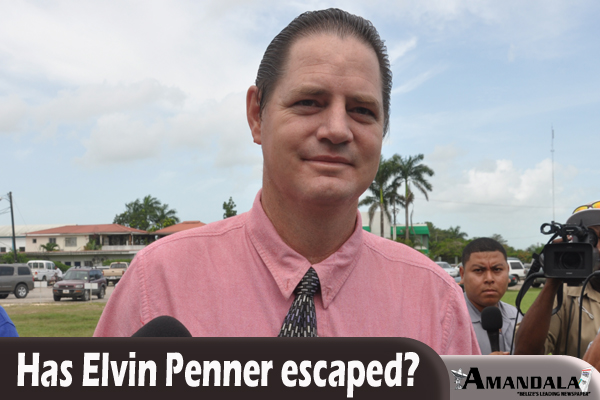 BELIZE CITY, Thurs. May 4, 2017–The Senate Select Committee continued its hearing into the Auditor General’s Special Audit with a focus on Won Hong Kim, the South Korean criminal who received a Belizean nationality certificate and passport while in a Taiwanese prison.

Several witnesses have told the committee that they saw a man, in a suit, at the Immigration Department, presumed to be Kim, present at the time of the application for his passport.

However, the committee has not been inclined to believe that account because the records show that Kim never set foot in Belize.

Instead, the committee has supported the Auditor General’s view that a photo of Kim’s photo was taken during the application.

With much uncertainty surrounding Won Hong Kim’s acquisition of Belizean nationality, the man who could best assist the committee has been invited to next week’s hearing. He is former Minister of State in the Immigration Department, Elvin Penner.

Penner, a once high-profile member of the Dean Barrow government, is expected to deliver an explosive testimony shedding more light on a scandal that cost him his political career and reputation.

The Auditor General’s Special Audit of the Immigration Department alleged that Penner was the person who facilitated Kim’s documents.

Today, Thursday, Senator Eamon Courtenay told the media, “I understand that for quite some time he [Penner] has volunteered to persons that he wants to come before the Senate Committee to tell his side of the story. I think Mr. Penner is going to be a very important witness.”

“He is not only going to be called upon to explain his role in the Won Hong Kim matter, but his role, one as an area representative, his role as a Minister with responsibility for Immigration, his role with the carting away of boxes, in my view, the illegal granting of nationality to many, many persons who still remain on the register. We have pictures of him actually doing it along with his cohorts,” Courtenay added.

According to Courtenay, Penner will have a lot to explain.

“Mr. Penner will be there for quite a while; he has a lot to explain and I am happy to hear that he is coming with a full desire to speak frankly, openly and truthfully, so that we can really get to the bottom of this, … so that we can find out how much money Won Hon Kim paid. We can find out the true role of people like Mr. Eric Chang in this.

“He will have many questions to answer and I hope he is ready,” said Courtenay.