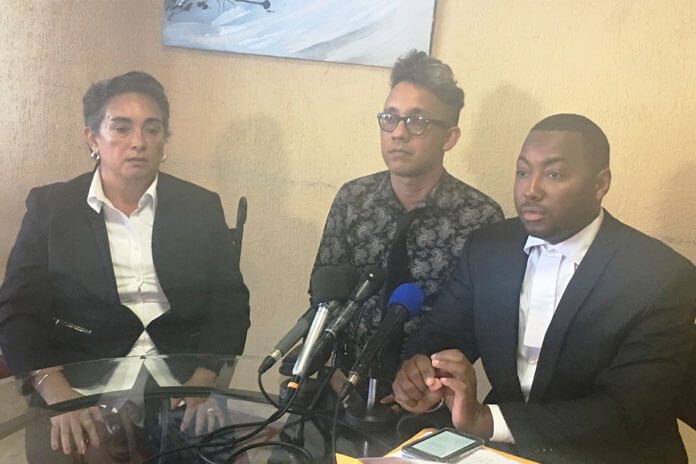 BELIZE CITY, Mon. Dec. 30, 2019– The Belize Court of Appeal handed down its decision in an appeal brought by the Government of Belize against the August 2016 ruling of the Supreme Court in which Chief Justice, Hon. Kenneth Benjamin had ruled that Section 53 of the Criminal Code which criminalizes same-sex intercourse is unconstitutional and a violation of the freedom of expression guaranteed under the Constitution of Belize. In its decision, which was summarized by Appeal justice Samuel Awich, the Court of Appeal dismissed the government’s appeal and affirmed the Chief Justice’s ruling that Section 53 is discriminatory against sexual orientation. The Court of Appeal ruled that Section 53 of the Criminal Code was in violation of Sections 3, 6, 12, 14 and 16 of the Belize Constitution. These are the sections which refer to freedom of expression and the dignity and equality of all persons before the law.

Today’s Court of Appeal decision was an important milestone in the decade-long legal wrangling that was started by Caleb Orozco and his United Belize Advocacy Movement (UNIBAM) which challenged the old sodomy law that Section 53 of the Belize Criminal Code represented. In that endeavor, Orozco was supported by other organizations such as the Human Dignity Trust, the Commonwealth Lawyers Association and the International Commission of Juris, which were all listed as “Interested Parties” both at the Supreme Court and at the Court of Appeal.

At a press conference this afternoon at the Bliss Center for the Performing Arts, Professor Westmin James, attorney Lisa Shoman, S.C., and Caleb Orozco explained the Court of Appeal decision and its implications for lesbians, gays, bisexuals and transgender persons, who are referred to as the LGBT community.

Professor James hailed the Court of Appeal decision as something that was very pleasing to the LGBT community.

The Court of Appeal, like Chief Justice Benjamin, found that Section 53 breached the freedom of expression that is guaranteed under the Belize Constitution.

Professor James was asked what the significance of the Court of Appeal’s decision was.

“Certainly it was a stamp of approval that all decisions coming out of other Commonwealth countries that it was not acceptable to discriminate on the basis of sexual orientation; and laws such as these which inhibits consensual same sex intimacy is not constitutional. This kind of behavior of states cannot operate in this day and age,” Professor James replied.

Following the Chief Justice’s initial ruling that Section 53 was unconstitutional, there was a major uproar from the various church denominations in Belize, and several of them filed appeals against the decision, but those appeals eventually fell by the way, leaving only the Attorney General’s appeal.
Attorney Shoman characterized the government’s appeal as “a very limited appeal.”

Shoman added that she believes the next frontier will be the right to marriage.

In a press release issued today by the Human Dignity Trust, captioned “Belize court upholds finding that LGBT people are protected by non-discrimination laws, major victory for human rights”, the organization commented that “Importantly, Justice Samuel Lungole-Awich stated unequivocally in today’s judgment that the Constitutional prohibition on sex discrimination includes sexual orientation discrimination, and that this ‘gives the word sex in ss. 3 and 16 of the Constitution a purposive and generous meaning for protecting human rights. Accordingly, we hold that s. 53 of the Criminal Code is a law which discriminates on the basis of sex…and is void to that extent.’ The court further found that sexual expression is part of the Constitutional right to freedom of expression.”

The release added, “Téa Braun, director of the Human Dignity Trust, which made key submissions before the court, applauded the judgment and said, ‘Today’s decision from the Court of Appeal is part of a growing international trend recognising that discrimination on the grounds of sexual orientation is fundamentally rooted in gender stereotyping. The court rightly applied international human rights law to its interpretation of the Constitution.’”

“We hope the government will accept the Court’s decision and focus its full attention now on eradicating discrimination against all marginalized groups in Belize,” the release further stated.