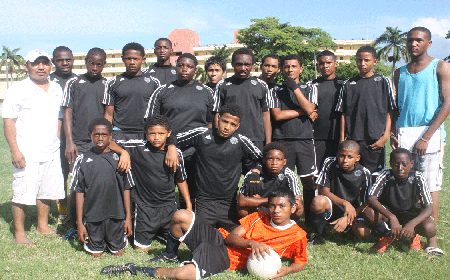 BELIZE CITY, Mon. Nov. 9, 2015–The Belize District Interim Football Committee’s U-15 Football Tournament, coordinated by Stanley “Jordan” Reneau, had Week 2 games yesterday at the MCC Grounds. There are 9 teams in the competition, and 4 games are played every Sunday, with 1 team resting. Berger United was resting this past weekend. After a single round-robin regular season, the top 4 teams will go on to the knockout semifinals.

In game 1 on Sunday, Face of Belize defeated Carlston Strikers, 4-1, with 2 goals from Mario Galindo and 1 each from Alexis Tun and Ajani Vaughn. The lone tally for Carlston Strikers was by Cron Augustine. 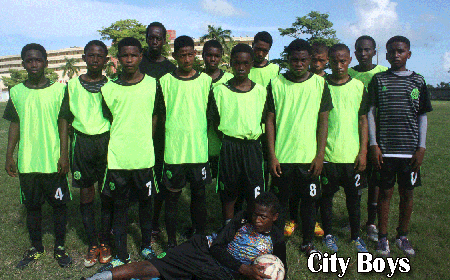 In a close contest in game 3, Ladyville Rising Stars emerged victorious by a 4-3 margin over Collet Strikers. Shaking the net for Rising Stars were Camryn Lozano with 2 goals, and Kenroy Allen and Hector Sandoval with 1 each; while Wayne Ford struck twice and Shemar Bowen got the other goal for Collet Strikers.

And in the last game of the day, City Boys bombed Hattieville River Side Boys, 6-1. Denroy Lopez and Jalen Babb each got 2 goals for City Boys, with Kenroy Linares and Akeem Sutherland adding 1 each; while Germain Garnett scored the only goal for Hattieville.

The tournament continues with Week 3 games this Sunday at the MCC.

City Boys will be resting this weekend.