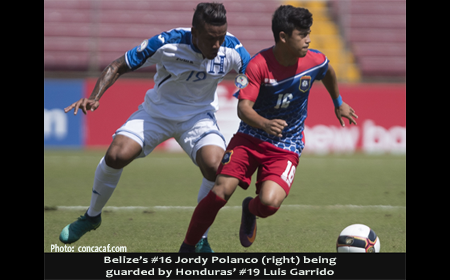 BELIZE CITY, Mon. Jan. 23, 2017–Returning home to the Philip Goldson International Airport this morning, after their last game yesterday at the Copa Centroamericana in Panama, was the Belize Jaguars, our national football team.

There was no motorcade, like back in 2013 when Belize qualified to the CONCACAF Gold Cup, but this much younger Belize national team, though finishing where we rank in Central America, left a significant mark, that suggests a turning point in Belize’s participation in regional football. Despite the scores in the middle three games, where Belize lost 3-0, 3-1 and 3-1, to Costa Rica, El Salvador and Nicaragua, respectively, the scores don’t tell the whole story. For large swaths of those games, Belize was putting passes together, handling the ball confidently, and beginning to show confidence in our ability to penetrate our opponent’s defence. We started the tournament with a nil-nil draw against the power-house host, Panama, and ended with a 1-nil loss to eventual Copa Centroamericana champions, Honduras. We are not there yet, but we have come a long way; and with this fine crop of young talent stepping up to take their place in the national team, the future looks really interesting for Belize. 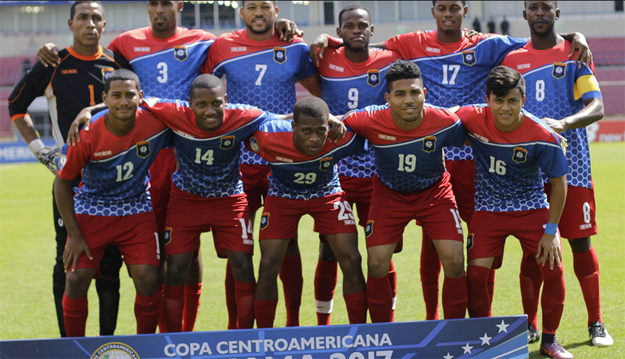 It was a grueling five games played in a ten-day span, from Friday, January 13, to Sunday, January 22; and it took its toll on our players, who are accustomed to, at-most, a mid-week game along with the regular weekend features.

Already, according to Acting-President, Marlon Kuylen, he has received an invitation for the Belize Jaguars to play a friendly, all expenses paid, against the Honduran national team. And Belize’s young midfielder, Jordy Polanco was reportedly among those mentioned in consideration for the Best Young Player award in the Copa Centroamericana.

Back to PLB action

As the national team now takes a break until they are called up again sometime in the not too distant future, players will be back with their parent clubs this week, getting ready to kick off the 2016-2017 Closing Season this weekend. That’s right. The Premier League of Belize (PLB) today released its Closing Season games schedule.
Orange Walk United is not participating, so there are 8 teams in the upcoming tournament.