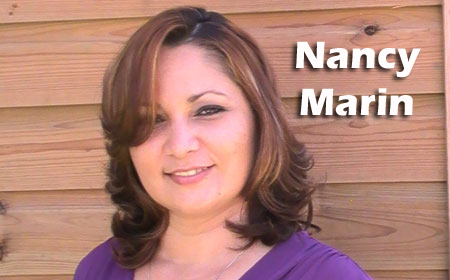 BELIZE CITY, Tues. May 7, 2019– In recent years, making a trip to the Sarstoon River has become viewed as an expression of Belizean patriotism and nationalism. On April 30, 1859, Britain and Guatemala agreed to a boundary in which the mid-channel of the Sarstoon River was considered as the border line between the two countries.

This past April 30, Nancy Marin-Juan, the leader of Belize’s newest political party, the Belize People’s Front, decided that she would celebrate the anniversary of the 1859 Treaty by visiting the Sarstoon and planting a Belizean flag on the island, considered to be inside Belize’s national territory.

Marin and her small entourage accomplished their mission and planted a Belize flag on the island—right under the nose of the Guatemalan Armed Forces, whose military boat shadowed the Belize military boat which escorted the Belizean civilians.

There was a strange request from the Belize Coast Guard officer in charge at the Forward Operating Base, which provided escort to the group. According to Marin-Juan, she was told not to place the Belizean flag on Sarstoon Island. They did not comply and the flag was promptly removed by the GAF and handed back to the Belizeans, who left the area without any further incident.

The incident gained traction in social media and was reported widely in the mainstream media, which, as part of their reports, referred to an official reaction from the Ministry of National Security that was issued on the same day via an evening press release.

Today at a press conference Marin-Juan disputed the government’s account of what actually happened.

In their press release, the Ministry of National Security explained that the Coast Guard patrol commander informed the group that “due to the sensitivity of the area and for safety reasons, that they would be escorted around the island, but they were discouraged from planting a flag on Sarstoon Island.”

The government press release then added, “The patrol commander reported that after the group had gone around the island and the escorting patrol was returning to the FOB, the visitors’ vessel returned hurriedly to the island and planted their Belizean flag.

“At this point a Guatemalan Armed Forces vessel, which had followed them earlier without interference, then proceeded to the island, removed the flag and handed it back to the Belizean visitors.”

Marin-Juan explained to the media what transpired, saying, regarding her response when they were informed by the Belize Coast Guard that they were not to go on the island nor plant the Belize flag, “I very politely informed him that his orders from his superiors are his orders, I am not at the service of this Government, and no one in the Government can assume to direct my actions or the actions of the BPF.”

Marin Juan added, “So, we went ahead and he had to make some calls to verify that I would be allowed to do it, and he said that I was going to be left and I can do it at my own risk, which we did. I want to say that it was a blatant lie from National Security; how ridiculous it would be that we went around the island, then came back and out-manoeuvred three military boats and planted that flag.”

“We had a fisherman’s boat. So, I have to mention it, but I really feel ashamed for them that they would stoop that low to say those kinds of lies. We went and we sang our National Anthem, we said our prayer; it was very ceremonious, very patriotic and all three vessels respectfully waited, and I must say that our soldiers stood to attention as we sang the National Anthem.

“I watched them and they all stood to attention, including the Guatemalan military. So, that is very important to highlight. When we left the flag on the island, I noticed that Guatemalan vessel stayed back a bit, and they went into the area that we placed the flag and asked the BDF if they are going to take down the flag.

“Last year the Guatemalan military took down their flag, not our military, and that is a fact, so that is another lie National Security has told us.”