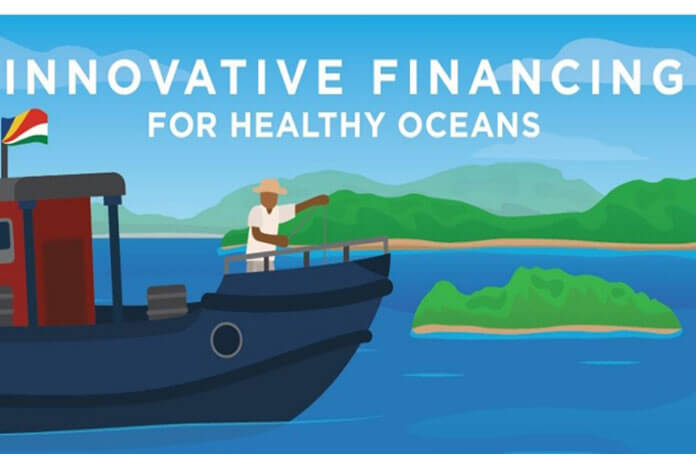 BELIZE CITY, Mon. Sept. 6, 2021– The “Superbond” negotiating team and a committee representing almost 50% of the holders of that bond have reached an agreement that will allow Belize to attempt to purchase, redeem and cancel all of the outstanding bonds through a forthcoming cash tender offer and accompanying Consent Solicitation, which will be possible through a new and unique debt instrument known as a Blue Bond.

It is a historic agreement that is expected to free the country of its overwhelming international debt of US $572 million, and according to a release from the Ministry of Finance, “pave the way for strong and long-lasting economic growth”.

While GOB and the negotiating team have made progress in finalizing the Blue Bond agreement with TNC, its consummation is still pending. Provided that such consummation takes place, the consent of 75% of the bondholders would bring the Superbond to an end, bolster the marine conservation efforts in the country, and put Belize’s economy on a true path of recovery.

The Creditors Committee, comprised of the institutional investors of Aberdeen Standard Investments, Grantham, Mayo, Van Otterloo & Co. LLC, and Greylock Capital Management, LLC, has agreed in principle to give Belize a sizeable discount of more than $200 million dollars.

The release states, “Eligible holders who tender their Bonds prior to the expiration date of the Offer will receive, on the date of settlement, a cash payment in an amount equal to $550 per $1,000 of the outstanding principal of the Bonds as of September 1, 2021.”

In effect, Belize is paying back the bond at around 55 cents on the dollar. Those bondholders who tender their bonds before the November expiration date will be paid $517 per $1000 on the purchase price of the bond and an additional $33 per $1000 in accrued interest.

If more than 75% of the bondholders agree to this deal and it is consummated, those eligible holders who have not tendered their bond by the expiration date will be given the cash payment of $517 per $1000, but no accrued interest will be paid to them.

The bondholders will also receive payment of $1 per $1000 of the outstanding principal in a cash payment proportionate to their shares through a contingency account held in trust.

The country has also agreed to reimburse the cost of legal counsel to the Creditors Committee up to a certain threshold.

The release states, “Belize expects to launch the Offer in the short term, subject to the finalization of an Offer to Purchase and Consent Solicitation Statement, and will seek the support of all other eligible holders of the Bonds.”

This agreement hinges on the consent of some additional eligible holders, but at this time almost 50% of the bondholders are in support of the deal, saying the cash payment offer is indicative of the Government’s intention to pay its international debt.

The release from the Committee states, “Subject to the Committee’s review of satisfactory Offer documentation consistent with this agreement in principle, each member of the Committee intends to tender the entirety of its position in the Bonds in the transaction. The Committee encourages all bondholders to carefully consider the terms of the Offer in making their own independent appraisal of the merits and risks of participation.”

As previously reported, The Nature Conservancy is an international environmental organization based in the United States. Recently, the PUP government approved a deal that had been made between the TNC and the previous administration to allow for the conservation of 236,000 acres of the Maya Forest Corridor located in Belize known as the Belize Maya Forest.

This forthcoming agreement between the Government and TNC, the Blue Bond, is an initiative of the conservation organization and one of the newest and most innovative debt financing instruments being offered to coastal and island nations.

It seeks to create a win-win situation by helping to restructure a part of a nation’s sovereign debt in exchange for a commitment by the country to engage in increased marine protection and management efforts.

If this deal between GOB and TNC is realized, our country will be the second recorded nation in the world to benefit from such an arrangement.

The first Blue Bond program was signed onto by Seychelles in 2018, with testing of a Blue Bond prototype taking place since 2012. That island nation is now on a path to protect 154,000 square miles of ocean habitat.

The Nature Conservancy brings together stakeholders inclusive of the World Bank, international investors, coastal nations, and donors to negotiate a deal to exchange the national debt for marine conservation. Belize will get a chance to clear its debt, with the savings going into a trust fund for marine conservation to benefit the nation’s economy.

TNC is looking to unlock a $1.6 billion conservation fund to protect 1.5 million square miles of ocean habitats and 63 million miles of coastlines. The new blue bonds are expected to be delivered to up to 20 countries over a five-year period.