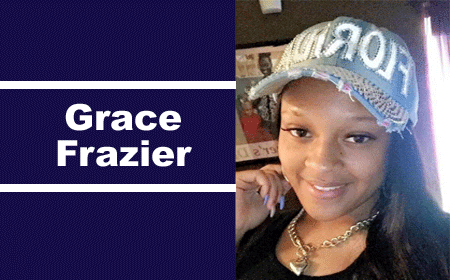 US authorities have reported that at around 9 o’clock on Friday night, Frazier, who lives in the US, and her friend, Brittany Clay, 20, were in a silver Nissan Altima when, in the 12200 block of SW 218 Street, Miami, the vehicle was sprayed with gunshots. The driver lost control of the vehicle after the shooting and crashed into a tree.

On Wednesday night, the friends and family of Frazier held a candlelight memorial in Southwest Miami-Dade. “This cannot continue on. Ya’ll, come on, have a heart. This cannot go on without being made right with the law, and with the family,” Frazier’s aunt, Dorris Harris, reportedly pleaded at the memorial, according to 7NewsMiami.

Amandala could not locate relatives of Frazier living in Belize for a comment.

Persons with information on the shooting death of Frazier are being asked to call Miami-Dade Crime Stoppers at 305-471-TIPS. They will be eligible for a $3,000 reward.