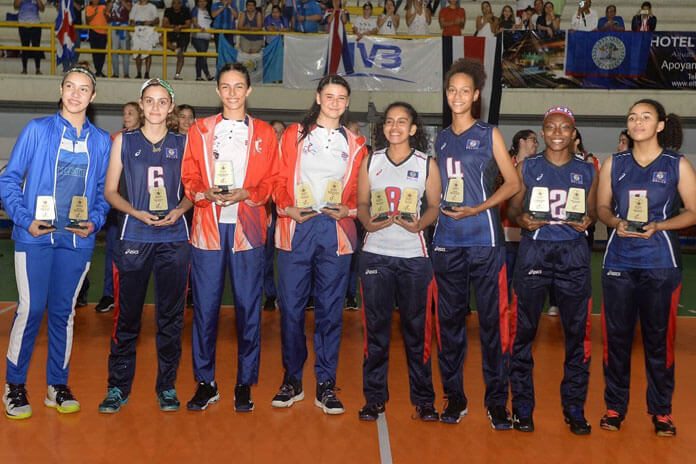 BELIZE CITY, Thurs. Nov. 28, 2019– Six of the seven Central American countries (Panama abstained) participated in the 13th Central American Under-18 Female Volleyball Championship, which took place in Costa Rica from November 17 to 24; and our Belize U-18 Female Team won all but one game in the single round-robin, that against Costa Rica who emerged as champions, with Belize taking the second place Silver Medal, a first for a Belize U-18 volleyball team in Central American competition. Aside from the team’s Silver Medal, which included a 3-0 defeat of Guatemala along the way, our girls also won 7 of the 12 individual awards, which are determined by stringent mathematical computations from their performance statistics during the course of the tournament. Costa Rica remains the dominant force in regional volleyball, but this last achievement spells a positive future for Belize.

On Monday of this week, our Silver Medal U-18 volleyball girls were celebrated in a motorcade through the principal streets of Belize City, organized by the Ministry of Sports and National Sports Council.

Below is the list of Individual Awardees, as they appear (the bold is ours) in the official release by AFECAVOL (Association of Central American Volleyball Federations):