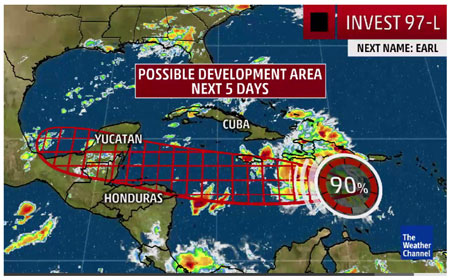 BELIZE CITY, Mon. Aug. 1, 2016–Belize may get its first hit in 2016 from an Atlantic cyclone in the next few days, when it is forecast that a weather disturbance that has been on the radar since the weekend could hit with winds of 50-60 miles per hour and rainfall ranging from 4 to 6 inches.

A storm does not have to reach hurricane force strength to prove fatal. In fact, today, it has been reported that at least 6 deaths have been attributed to the system in the Dominican Republic. On Sunday, the tropical disturbance downed a high tension power line, which sparked a fire when it struck a tourist bus with passengers returning from the beach. Twelve others were reportedly injured in the incident. It was also reported that three others may have been killed in bad weather spawned by the system. Three bodies had been recovered and four others remained missing after their boat capsized. Although the cause of the boating incident has yet to be confirmed, it has been reported that a small craft warning was in effect at the time.

Although the system is hundreds of miles away from Belize, the National Emergency Management Organization (NEMO) has issued a warning for operators of small crafts in Belize to exercise caution.

In an advisory issued this evening, NEMO said that, “Conditions are expected to deteriorate in Belize around late Tuesday night into Wednesday morning with the system crossing the mainland during Wednesday night.”

Gonguez said that, “The strong and very fast moving tropical wave approaching the Central Caribbean is getting better organized and it is quite possible that we will have a tropical depression or a tropical storm, within the next 12 hours.” 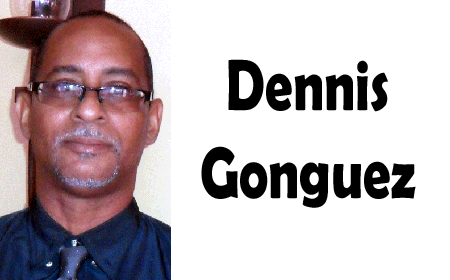 If the system does become a named storm, it would be called Earl.

The forecast discussion issued by the National Hurricane Center in Miami does not mention Belize, although it said that, “The low associated tropical wave and the accompanying gale force winds will shift westward over the next couple of days before moving out of the Caribbean Thursday. There is a possibility that the low will develop into a tropical cyclone tonight or Tuesday.”

Gonguez told Amandala that the majority of the forecast tracks indicate that the system should head towards Belize. Since it does not yet have a clearly defined center, they cannot at this point project exactly where in Belize would be most impacted, and so the advisory applies to the entire country of Belize. 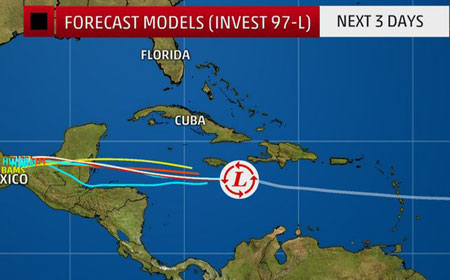 “At the present speed, we should start to feel the effects of leading edge of the system on Tuesday night and Wednesday morning,” said Gonguez.

He said that the system should be crossing the coast or close to us, in southern Mexico, sometime on Wednesday night into Thursday morning.

When the storm is 200 miles away from Belize, probably tomorrow evening around this time, it will come into the view of the National Met Service’s Doppler Radar Gonguez indicated.

NEMO advises the public to remain calm, and stay tuned for the official updates which it will be issuing.

“Evacuation planning is in place to receive people from the cayes. The National Executive Committee will meet tomorrow at 7:00 a.m. to review the situation and decide if there is a need for an evacuation,” it said.

“The Department of Transport has notified key bus operators to be prepared to assist with an evacuation once the decision is taken. Boat operators met today with the San Pedro Emergency Committee and are standing by,” it added.

The City Emergency Management Organization has been activated, and Belize City Council officials say that 5 shelters are being prepared, in the event that people need a place of refuge. Connection is also being made with vulnerable neighborhoods in the City.

“CEMO is making preparations to receive and transport people from the cayes to Belmopan and further west, if necessary. Shelters are being prepared but remain closed at this time,” this evening’s NEMO advisory said.

People living in flood-prone areas and along the coast are being cautioned to prepare for an early move to safer ground.

“Residents and local authorities within their means are strongly encouraged to clear drains to reduce the risk of flooding, to trim trees etc., and to secure their families and homes,” NEMO concluded.

The Chief Met Officer reminds the public to stick to the NEMO advisories and pay close attention to them. He told us that NEMO’s emergency center would likely be activated tomorrow.